Volume > Issue > The Missionary Character of the Church 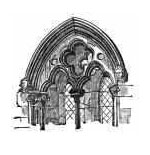 The Missionary Character of the Church

By Christopher Zehnder | May 2011
Christopher Zehnder is the general editor of the Catholic Schools Textbook Project, which has published his book, From Sea to Shining Sea, a history of the United States for grades 5-8. His second book, Light to the Nations II: The Making of the Modern World, for grades 8-11, will be published this spring. He lives with his wife and seven children in the mountains of central California. The second installment of this two-part series, "Vatican II's Call to Communicate the Gospel," will appear in the June issue.

Many are the opinions about the Second Vatican Council and its effects on the Church — some Catholics praising them and others deploring them. But, while many have discussed and debated what the Council did, few seem to take interest in what the Council said, and what it intended to accomplish. The intent of the Second Vatican Council was to outfit the Church so that she could better promote and cultivate communion — a more intense communion among the members of Christ’s body, the Church, and between the Church and the world. In seeking communion with the world, the Council called for some accommodation on the part of the Church, but not to confound the Church with the world; rather, the Council wanted to better equip the Church to draw the world to herself, and, through herself, to Christ. Whether this was successfully accomplished is open to debate. Nevertheless, the Council had an essentially missionary, evangelical thrust. Its inspiration was the Great Commission.

The Second Vatican Council expressed its goal of communion in the two documents that might be called the hinges on which the entire Council turns — Lumen Gentium, the “Dogmatic Constitution on the Church,” and Gaudium et Spes, the “Pastoral Constitution on the Church in the Modern World.” In its very first chapter — indeed, in its very first sentence — Lumen Gentium calls Christ the “light of humanity” and expresses the Church’s intention to “bring to all men that light of Christ which shines out visibly from the Church.” In Gaudium et Spes, the Council expresses its friendship, respect, and love for the entire human family and declares its desire to address, in the light of the Gospel, the problems, questions, and challenges faced by modern men. The Church offers “to cooperate unreservedly with mankind in fostering a sense of brotherhood” (no. 3), but not to inspire a vague spirit of togetherness. Rather, the Council wanted to encourage the brotherhood of man to remove the obstacles that blind the world to the fatherhood of God, which can only be attained when they become the brothers of Christ, who “entered this world to give witness to the truth.”

Communion implies communication, and to commune with the modern world the Church must effectively communicate with different segments of that world. Throughout the constitutions, decrees, and declarations of the Second Vatican Council, the Church instructs her sons how to communicate the Gospel most effectively to various segments of modern society. Yet, even before it addresses the how of evangelization, the Council addresses the what of the Church. For though many and varied are the ways the Church presents herself to mankind — becoming, like St. Paul, “all things to all men” (1 Cor. 9:22) — she may only act in accordance with her nature. Hence, the Council issued Lumen Gentium to declare to the world the essence of the Church — the basis of her universal mission to all the world.

Can a Catholic Be a True American?

A Protestant need not fret about a clash between religion and culture; for him, the two have generally been inseparable.