Volume > Issue > The Ministry of the Laity 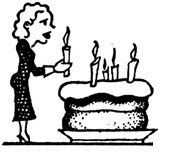 WHAT IT'S REALLY ALL ABOUT

I’ve been a lay minister for some 50 years — as a student, waitress, wife, stay-at-home mother, professor, author, and public speaker. Christians by definition minister unto others. In my day (as my children put it), anyone who was not ordained was a lay minister. But now a semi-clerical lay ministry is touted as a creative answer to the shortage of priests in North America. Some even see the clericalization of the laity as a sign of a coming Millennium of the Laity. But is it?

Pope John Paul II’s 1991 exhortation The Lay Members of Christ’s Faithful People, (hereafter LC) offers a more fundamental standard for lay ministry: the sanctification of the laity. The Church is a communion of saints in which only one kind of prominence counts — not clerical or semi-clerical status, not power for making decisions, not positions of leadership, but personal holiness. In LC, holiness is the very life of Christ, the Vine of which we are the branches. It is this life which unites priests and laity, even as it unites us to our Source. We gain our holiness together, not in competition with or independent from each other. One thing is clear, then: A millennium of the laity will not be marked by lay people replacing outmoded priests and religious in positions of power, leadership, or public prominence. If it happens, it will be a millennium of new holiness, bringing a new wholeness to the Church.

Our baptismal grace calls us to evangelize the world. In this time our distinctively lay task is to restore to people all over the world their lost human dignity and hope by bringing Christ to them (LC, 37). Christ-the-Vine is the Second Person of a higher communion, the Triune God. The lay vocation, then, is to win people to membership in the “First Trinitarian Church.” There is no higher dignity that we might bring to people, nor any higher hope. For each millennium of human history is a millennium of salvation history.

The philosopher/theologian now occupying the See of Peter refers to his thought as “Thomistic Personalism.” His central unifying theme, taken from the “Treatise on Love” in the Summa Theologiae of St. Thomas Aquinas, is “the communion of persons.” Thomas asks whether union is one of the effects of love, and answers that love does not so much cause union as constitute it. Love just is union, and union is love. But only love of a certain kind can constitute a communion of persons — the “fairest love” of the Holy Father’s Letter to Families. It is amor amicitiae, the noun for “love” intensified by an adjective derived from the same root, “loving love,” “love in the true sense of the term.” The love that is not so fair is St. Thomas’s amor concupiscentiae, “desirous love,” which cannot constitute a union between persons. Our Holy Father often appeals to this contrast, speaking of “self-giving love” as opposed to “desirous love,” sometimes simply of “love” and “desire,” and even “love” and “use.”

The Pope as Playwright

Karol Wojtyla cofounded a theater in which scenery, costumes, technical and visual effects, even acting, were kept to a minimum: a “theater of the word.”

It's Time to Wake Up

When people hear the priests talking about a Feast of Mercy that can give them total forgiveness of sins and punishment, they will perk up and respond.