Volume > Issue > The Legion of Christ & the Cult of Personality 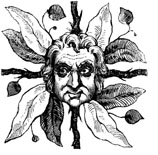 The Legion of Christ & the Cult of Personality

I am a convert to the Catholic Faith from Protestantism. One of the things that I never liked about Protestantism was the way in which flocks of sheep would gather around a certain pastor or preacher as if he (or she) held the very reins of the Kingdom. The televangelist is the extreme example of this. Your typical American Protestant is a bit like a starving sheep adrift in the wild. These sheep bleat and wander around in order to find someone who seems to have some definite direction, and they gather around him, crowning him with all authority. Then the cult of personality evolves.

In the cult of personality, the spirit of the leader or founder will pervade the group at the deepest levels. There is only one personality who has a right to this level of influence in any organization: Christ. When any group gathers itself around a founder or personality other than Christ, there is bound to be trouble.

This brings me to the Legion of Christ. I have long been suspicious of the Legion as an organization (not necessarily individual Legionaries and Regnum Christi members), starting from the evening I was invited to a Regnum Christi outreach and was told that if I did not join, then perhaps I was “missing the invitation of Christ.” This smacked so much of my experiences as a Protestant — red flags went up. One friend called the group “Dick and Jane Spirituality.” I laughed, but since then I have thought more seriously about this comment. Why does this observation ring true? I believe it has to do with the cult of personality at its foundation.

The Double Life of Marcial Maciel

Since his death it has been discovered that the Legion of Christ founder lived under an assumed name with at least one woman -- for decades.

It Pays to Be Friends With the Legionaries of Christ & Commonweal

What do Archbishop Rembert G. Weakland and Fr. Marcial Maciel have in common?

With a $650 million yearly budget and a founder known for his opulent lifestyle, why are Legion seminarians begging for hotdog buns?