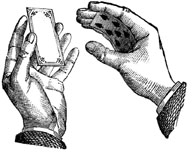 By Robert Coles | September 1996
Robert Coles is Professor of Psychiatry and Medical Humanities at Harvard Medical School, a Pulitzer Prize-winning author, and a Contributing Editor of the NOR.

For many years I have taught Ralph Ellison’s Invisible Man to college students, and each time I discuss the book I find myself yet again the grateful reader who is both entertained and instructed. The novel was published in 1952, when I was just starting medical school and had little time for reading on the side. I did have a few minutes, now and then, to converse with my parents, both avid fans of fiction, and I well remember Mom recommending the Ellison novel to me in the course of a hurried phone conversation. I promptly put her suggestion out of mind, however. I had long biological lists to memorize, if I was to be a physician, and my interest in such study could never be taken for granted, to say the least — so I had to give what time I had to those textbooks, given my low level of “efficiency,” a matter of boredom doing its undermining work. My mother kept trying though — her apparently casual asides and suggestions a legendary part of our family’s life: We knew how reluctant she was to abandon an idea in which she believed. But as her son I had learned my own, responsive stubbornness, and the long and short of it was that I turned a deaf ear to her prodding with respect to Invisible Man — until one day it arrived in the mail, with a long letter from my mother, which offered apologies for what got called “an intrusion,” but submitted, as well, a passionate plea for what she kept calling “a close look at our country.” That phrase was all Mom — a modest, unpretentious way of saying more than is at first apparent. This was, after all, a novel whose title told of invisibility, hence the blindness of others — and there she was, using a visual image in her appropriately casual advocacy.

I read the novel during the summer of 1953 — an occasional stolen hour while rotating through a clerkship in pediatrics, which even then I knew would be my chosen branch of medicine. I carried the book with me, actually, in my black doctor’s bag, full of those instruments which not only help a medical student examine patients but are a badge of honor: Here I am, headed there! One day, as I was examining a 10-year-old boy who had cystic fibrosis, and therefore poor prospects for an extended survival, I found myself emptying my bag, in search of my stethoscope, which had become entangled with other diagnostic devices in a limited space. As I did so, I pulled out the novel, and the boy wanted to know what it was. A story, I told him. About what? Borrowing from my mother: about America, a look at it. Oh — is the guy a shadow? I draw a blank — puzzle at the reference, take it literally, say no, a real man, even if a lot of people don’t consider him so and ignore him. I don’t want to go any further though — I have work to do, and I’m already behind schedule. But the boy won’t let up — he tells me about his dad’s favorite boyhood radio program, “The Shadow.” I smile. I tell the lad that I also used to listen to that program. For a second or two I’m forgetting about the novel, remembering “Lamont Cranston, man-about-town” and his girlfriend, “the lovely Margo Lane,” and remembering, as well, the creaky, creepy voice of “the Shadow,” and the mystery of it all: Cranston become invisible, and, in that form, morally knowing, and, yes, invincible — he could spot the crooks, take them by complete surprise, undo them.