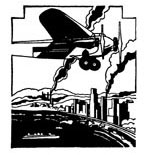 By Clara Sarrocco | September 2011
Clara Sarrocco has been a longtime member and secretary of the New York C.S. Lewis Society. She has taught courses on C.S. Lewis at the Religious Study Centers of St. Joseph's Seminary (Dunwoodie) in Yonkers and Immaculate Conception Seminary of the Diocese of Brooklyn. She is also a member of the University Faculty for Life and the Fellowship of Catholic Scholars. In addition to being the assistant director of both the Council on National Literatures and Griffon House Publications, she edits Book Digest.

“From her sorrowful eyes and scarred face Our Lady of Czestochowa encourages all to entrust themselves to her protection.” These are the cherished words of the hymn to the Black Madonna of Poland, heard in Polish churches for centuries. Her image is scarred by a number of violent attempts to destroy her. It is fitting that at the American shrine in her honor in Doylestown, Pennsylvania, there is a cemetery with rows of identical stone crosses marking the graves of those who gave their lives and youth for freedom, for America, and for Poland. There, under a magnificent statue of the Resurrection, and both the American and Polish flags, hundreds of war veterans lie together in silent witness to their sacrifice. Among the crosses are the graves of a husband and wife, graves that, in their simplicity, do not call the passing visitor to stop and take notice. One is marked Witold Urbanowicz — General — Pilot and the other simply Jadwiga Ur­banowicz.

Their story begins in 1908 in the country village of Olszanka, near the city of Augustow, Poland, where Witold was born to a modestly well-off family. Historically, Poland’s military heroes came from the cavalry. The Husaria, as the cavalry was known, had proved itself in battle from at least the sixteenth century. But for modern Poles, the heroes were found in the air. Thus, young Witold entered the Polish military academy in Deblin to train as a pilot. After Deblin, he received further training with the elite Kósciuszko Squadron in Warsaw, where he eventually rose to the rank of second-in-command. An unusually gifted pilot, Urbanowicz became a flight instructor at the Deblin Training Center, where he earned the nickname “Cobra.”

By 1939 rumors of war abounded, and Urbanowicz was given the assignment of taking a group of air cadets to Romania for the purpose of flying new “Hurricane” fighter planes back to Poland. While on this assignment, war came to Poland in the early morning with a Blitzkrieg of nearly a million German troops and hundreds of planes and tanks smashing the country from the north, south, and west. By midday the German Panzer division was in the heart of Poland, and it seemed that the entire country had been set on fire. The treaty between Germany and the Soviet Union enabled Stalin to invade Poland from the east. If the Poles thought the Russians would assist them, they soon learned how mistaken they were. Urbanowicz returned to Poland on foot and was immediately arrested, some accounts state by the Red Army, some by the Nazis. Regardless, he managed to escape his captors and rejoin his unit in Romania. He was given false papers and money with instructions to take his cadets to Bucharest, where they would find help getting into France. Had this not taken place, Urbanowicz most likely would have been killed in the Katyn Forest massacre, as were many of his friends and colleagues.

The pilots’ welcome in France was less than cordial. But soon a call came for Polish pilots to go to England and join the Royal Air Force (RAF). Due to their superior training, the Polish pilots acquitted themselves in their flying ability in both France and England. Disdain soon transformed into respect. During the Battle of Britain in 1940, Lt. Urbanowicz, now the youngest squadron commander in the RAF, was credited with fifteen confirmed kills and one probable, giving him the title of top Polish ace and placing him in the top ten of all allied aces of the battle. It is widely claimed that without the aid of the Polish pilots England would have succumbed to a Nazi invasion.

When Lt. Urbanowicz learned that his mother was seriously ill, he surreptitiously returned to Poland, only to learn that his brother had been killed at the assault of Monte Cassino. Once again he was arrested, this time by the Communist Security Service, but he successfully managed to escape.

In 1941, after Urbanowicz’s many courageous sorties, Gen. Wladyslaw Sikorski, prime minister of the Polish Government in Exile and commander-in-chief of the Polish Armed Forces, appointed him to the Second Air Attaché to the Polish embassy in the U.S. Urbano­wicz’s exploits attracted the attention of Lt. Gen. Claire Chan­nault, and in 1943 Urbanowicz was asked to join the U.S. Army Air Force unit in China with the 75th Fighter Squadron known as the “Flying Tigers.” He took part in a number of combat missions over China and fought against Japanese fighters with the skill of an expert pilot. After he finished his Chinese tour he was again assigned to diplomatic service in the U.S. Elevated to the rank of colonel, Urbanowicz was awarded six medals of valor from the RAF, including the Distinguished Flying Cross, and three from the U.S.: the Air Medal, the Distinguished Flying Cross, and the Chinese Army, Navy and Air Corps Medal.

To the great sorrow of the Polish nation and most certainly the Polish airmen, at the close of the war the Yalta Conference decided the “Polish question.” Roosevelt and Churchill, worried about antagonizing Stalin, refused to listen to the Poles’ heartfelt cry, summed up in the words of Col. Urbanowicz: “We want Poland back.” Instead, Poland was handed over to Stalin and suffered over forty years of communist oppression. At the end of the war, despite their amazing courage and accomplishments, the Kósciuszko Squadron was deliberately barred from the British victory parade. They were relegated to standing on the sidewalk and watching. In order to appease Stalin and the communist government, the soldiers’ cause — and Poland’s — was betrayed. It was one of the most scandalous betrayals in history.

On a lecture tour as a diplomat, Urbanowicz met his future wife, Jadwiga, the daughter of a shipping executive from Kraków. Jadwiga had managed to escape to America with her mother. Once married, Witold and Jadwiga settled in New York, where they had a son.

How this military hero and his family came to live in my neighborhood I do not know. It is an unremarkable area in one of the outer boroughs of New York City, Queens, nestled between cemeteries and parklands. At the time the Urbanowiczes arrived, there was no Polish community to speak of. Their son, Witold, was named after his father, but the neighborhood boys called him “Vito.” To the neighbors they were simply a not-too-young couple who went to work every day while their son attended the local parochial school. On the rare occasions when they went out, they did not want to leave Vito alone, and so I became Vito’s “baby sitter” of sorts, even though there was not much difference in our ages.

I remember one New Year’s Eve. Mr. and Mrs. Ur­bano­wicz, as I called them, were going out to dinner dressed formally in tuxedo and evening gown. Perhaps they had been invited to the Polish Embassy or perhaps Mr. Urbanowicz was being given a special honor. I never asked and they never said. After they left, Vito, who was sitting on the living-room floor, looked around the apartment and said, rather ruefully, “This is a very strange house.” Then he went to bed.

Vito didn’t really mean “strange,” just “different.” I think Vito would have liked his father to have been an ordinary man who took his son to ball games and perhaps headed a Boy Scout troop. But in this house, in this family, things were different. In the corner of the living room of their home, a marble bust of Mrs. Urbanowicz stood on a pedestal. There was no television. The room was filled with floor-to-ceiling bookshelves stuffed with hundreds of books. I couldn’t read any of the titles because they were all in Polish. I did find one that had a picture of Mr. Urbanowicz in an RAF uniform covered with military medals. I knew then that this was not your average neighborhood family.

Time went on, and Vito no longer needed a “baby sitter.” Years later I ran into Mrs. Urbanowicz on the street near my house, looking rather sad and forlorn. I think her husband had just died, though she didn’t say. She had recently retired from her position as a librarian with the New York Public Library. Vito did not follow in his father’s footsteps by joining the military. Instead, she told me, Vito had gone on to New York University and had started a rhythm and blues band — a far cry from Chopin and Paderewski. It was not easy being the son of a famous and courageous war-hero father.

Eventually, I found Mr. Urbanowicz’s obituary in The New York Times, and was moved to try to unravel the mystery of this humble, quiet couple, whose story had puzzled me for so long. There are two parts to their story. One is the story of the brave Polish airman and his wartime exploits; the other is how the Urbanowiczes lived in such an unpretentious way. They were so completely modest that no one ever suspected that they had lived such remarkable lives. Besides his work in the airline industry, Col. Urbanowicz began writing — an activity he greatly enjoyed. He wrote several books and articles, some of which were published in the American Fighter Aces Bulletin. His books — Fire Over China, The Beginning of Tomorrow, Fighters, Dawn of Victory, and Flying Tigers — had to be published in Poland for want of an American publisher, and as a result they were heavily censored. Yet we neighbors had no inkling as to who the Urbanowiczes really were. Perhaps Miranda’s words in Shakespeare’s The Tempest say it best: “O wonder! How many goodly creatures are there here! How beauteous mankind is! O brave new world that has such people in’t!”

Before he died, Witold Urbanowicz was able to return to his beloved Poland once it was free. He was finally given the victory parade he was banned from in London so many years before. With the stirring strains of the Polish National anthem, “Poland Has Not Yet Perished as Long as We Live,” and amid the red-and-white Polish flags, Lech Walesa raised Urbanowicz to the rank of general, an honor long in coming but never so well deserved.

In the 1980s, when Walesa was leading the outlawed Solidarity movement, he sent a surreptitious message to the people of Poland: On the lapel of his suit jacket he wore a medal of Our Lady of Czestochowa — the Black Madonna of Jasna Góra — Queen of Poland. Silently, in all the hearts of the Polish people, the final refrain from her hymn most assuredly resounded: “O how good it is to be Your child, to be hidden in Your arms.”

József Pehm was born in Mindszent, a small village in the Austro-Hungarian Empire, in 1892.…

In the post-war years, the peasantry and the proletariat have been the winners, while the old bourgeoisie has been the great loser.