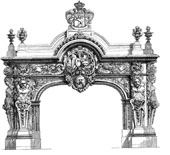 Pilgrimage to the Christian East

By Henri J.M. Nouwen | April 1994
The Rev. Henri J.M. Nouwen is a priest-in-residence at Daybreak in Toronto (a Catholic/ecumenical l'Arche community serving people with mental handicaps), a writer and lecturer, and a Contribut­ing Editor of the NOR. The second and concluding part of this diary will appear in our May 1994 issue.

Today I start my Ukrainian diary. On August 1, I will go to Ukraine for an 11-day visit. Although my de­parture is still eight days away, I am aware that this diary needs a substantial introduction.

I know very little about Ukraine, and would never have chosen to go there were it not for two close friends living there: Zenia Kushpeta and Borys Gudziak. Ukraine is so full of tension and conflict that it evokes more fear than attraction in me. But Zenia and Borys kept pleading, “You must come!” Their “musts” seemed more spiritual than social. So, here I am sitting in the Rotterdam City Library (I’ve been spending time in Rotterdam with my brother and his family) with this vague felling that I am going to a for­bidding place that will touch me deeply.

Zenia’s and Borys’s “musts” emerge from their own stories, which I have to tell first so as to be able to write my own.

Borys and I met when I was teaching pastoral theology at Harvard Divinity School and Borys was finishing his doctoral work in Slavic studies. We often had occasion to get together, at first as professor and student, then as priest and penitent, then as counse­lor and seeker for direction, and finally as friends. In the years that followed, Borys visited Ukraine regu­larly. After Ukrainian independence, he was one of the main organizers of a large youth rally of the Ukrainian Greco-Catholic Church. He has moved to Ukraine to collect the oral history of the underground Greco-Catholic Church since its suppression in 1946, and to explore further his own vocation.

After I had moved from Harvard to the l’Arche Daybreak community in Toronto — where I now share my life with people with mental handicaps — Borys visited me there. It was during these visits that he be­gan to urge me to come to Ukraine. I hesitated. Yes, I wanted to go, but there were so many other things to do! Finally, it was Zenia who compelled me to step over my excuses and pin down dates: August 1-11, 1993.

I met Zenia soon after coming to Daybreak in August 1986. Zenia had lived at Daybreak a year, from 1984-1985. During my first year there, she continued to visit the community. Zenia is one of the most ener­getic, spirited people I’ve ever met. She speaks as if ev­eryone and everything is full of light, beauty, and truth.

Zenia’s special gift is music. She is an accom­plished concert pianist, but something profound happened to her. Handicapped people captured her heart more than the piano could. When this became quite clear to her, she didn’t hesitate to leave her musical career and join Daybreak, no longer as a regular visi­tor but as a permanent member.

But then Ukraine became independent. For Zenia that was a watershed experience. Born of parents who had emigrated from Ukraine, and raised with a deep national consciousness, she began to wonder if she shouldn’t visit the many handicapped people in Ukraine. First it was just an idea, then it became a vi­sion, and finally it grew into a clear decision.

Daybreak advised her first to make a short, two-week visit to Ukraine to determine whether a longer stay would be realistic. Many of us thought the hard and complex situation in Ukraine would dampen her excitement a little. But the opposite happened. I still remember the evening Zenia spoke to the community about her two-week visit. The pictures she showed of the handicapped children, whom she had met in an orphanage in L’viv, were so moving that everyone wanted to support her return and look for ways to of­fer these children care, affection, and possibly a home.

Zenia had the determination to do something for the forgotten people of Ukraine. But it would be far from easy. The needs were enormous, the facilities very poor, and the bureaucracy in State and Church very frustrating. Zenia soon realized that unless she received solid support from her community in Canada, she would drown in the sea of needs. She needed to be sent by her community — to know that going to Ukraine was a mission. Life far from home can be hard, but when it is lived as a mission, its many difficulties can be lived as graces!

During her last visit to Canada her “must” to me was clearer than ever. “You must come and see where I work and live. You must speak to my friends, visit the homes I visit and most of all share the vision of l’Arche with my people. There is such a need, not just material, but most of all spiritual. The people are of­ten so discouraged. They need to know about prayer, community, and care for the poor. They need to get good teaching and, especially, good inspiration. You must come.” My protests were loud and clear: “I have never been there; I don’t know anything about the people’s lives and struggles; I don’t speak a word of Ukrainian. What will I be able to do for the handi­capped people there?”

But Zenia pushed all my anxieties away: “Just come, just see, just speak, just be yourself. Don’t worry about these things. You must come and…Borys will also be there!” And so, it all came together.

I am happy that I am not going alone. Nathan Ball, the Director of Daybreak, and I are going together. Zenia made him aware of the privileged posi­tion of mentally handicapped people in Canada as compared to their counterparts in the countries of the former Soviet Union. Nathan has offered Zenia his personal support and the support of our community.

It’s been a matter of faith for Commu­nists that they represent the vanguard of modernity.…