Volume > Issue > The Death of a Man & the Hope of Mankind 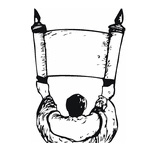 The Death of a Man & the Hope of Mankind

By Terence J. Hughes | March 2012
Terence J. Hughes is Professor Emeritus of Earth Sciences and Climate Change at the University of Maine. He and his wife have taken two dozen sexually abused women into their home, all but four of whom were pregnant. He has been imprisoned in six states for peaceful sit-ins at America's "abortion Auschwitzes."

In March 2010 I experienced a dull ache in my midsection, loss of energy, and loss of appetite. It took a month to see my physician, a month to treat a deficiency of potassium, and a month to get a CAT scan when these treatments failed to relieve the symptoms. By then my weight had dropped from 265 to 220, a loss of both fat and muscle. The CAT scan revealed that I have pancreatic cancer. Two days later my wife, Bev, and I went to Sioux Falls, South Dakota, to see if it was operable. It was found to be inoperable and terminal.

Chemotherapy could prolong my life, so in early July I began a regimen consisting of intravenous treatments followed by two weeks on oral drugs, in a three-week cycle. Blood tests tracked the concentration of a protein produced by the cancer cells that measured the cells’ activity. This marker index went from 2,090 to 581 to 161 to 26 to 23 from July to December. During this period I gained ten pounds and the symptoms vanished, except for the persistent fatigue. But from December 2010 to September 2011 the index marker rose from 32 to 104 to 269 to 376 to 258 to 360 to 924 to 761. During these months the symptoms returned, along with a substantial loss of energy.

Cancer cells have great genetic diversity. There are always some cells that resist the drugs that kill other cancer cells, and kill healthy blood cells as a side effect. So the drug I was taking ended up killing me more than curing me. The cancer cells spread from my pancreas, enclosed my aorta, and then blocked flow of bile from my gall bladder. This produced a barely tolerable itch over my whole body.

During this period I reflected on the passion of Jesus Christ. His body was cut to ribbons during the scourging, and flies had to be swarming all over Him during the crucifixion — flies He could not shoo away because His hands were nailed to the cross. One name of Satan is Beelzebub, the Lord of the Flies. So Jesus allowed these Satan-driven flies to feed on, copulate on, burrow into, and lay eggs on His bleeding body for hours. The itch must have been horrible. This has not been mentioned in descriptions of Christ’s passion, but I meditated on it during the weeks of this intolerable itch when I nearly scraped my back raw against a rough brick wall just to get some temporary relief.

As time goes on, it's becoming clearer that these three concepts best describe the modus operandi — and the goals — of the Legion of Christ.

Letter to the Editor: January-February 2014

The Hermeneutic of Deletion... The Mystery of God's "Blood Lust"... The Pilgrim Church & Pluralism... Understanding Francis... Why I Weep... Astounding Faith... More Top Tens... The Revival of Religion & Manners... How Do I Love Thee?