Volume > Issue > The Catholic Worker: Is It Still Catholic? 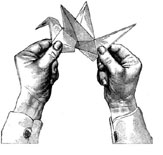 The Catholic Worker: Is It Still Catholic?

“We’re not the Quaker Worker; we’re the Catholic Worker,” Dorothy Day once said. I wonder if she’d recognize, today, the Catholic movement she and Peter Maurin launched in New York City in 1933. During the following decades, she saw the Catholic Worker movement through some serious crises, but nothing like the present-day erosion of its Catholic identity.

The Catholic Worker began with the first issue of the Catholic Worker newspaper, which was intended to be a vehicle for Maurin’s synthesis of Catholic social philosophy offered as a solution for modern social and economic problems. Maurin’s Catholicism grew out of his roots as a French peasant and his education by the Christian Brothers. He lived by manual labor, but thrived in the world of ideas. He emigrated to North America in 1909.

When Day first met him she was 35 years old and a recent convert to Catholicism. She had paid a great price for the pearl of faith, having given up her common-law husband, whom she loved and who was the father of her baby daughter. Her new faith also alienated her from her Communist and socialist friends, who saw the Catholic Church as an institution of power and wealth, and saw her conversion as a betrayal of their mutual concern for the great masses of the dispossessed. But Day saw the Church as the Body of Christ and, also, as the Church of the poor, the immigrants, and the unemployed. So she ardently asked Mary, the Immaculate Conception, for her intercessions, that she be guided in her newfound faith and be able to utilize her talents as a journalist for the cause of the poor and oppressed. Providentially, she was led to Peter Maurin, and the Catholic Worker was born. Maurin was the theorist of the Catholic Worker and Day implemented his ideas.

After Maurin died in 1948, Day carried the movement forward. Her uncompromising pacifism had brought the Worker to a crisis during World War II: Workers left, houses closed, and the circulation of the paper dropped off drastically. Through all the crises in its history, her strong personality and dynamic faith guided the movement. The historian Mel Piehl, in his study of the Catholic Worker, Breaking Bread, noted that “Day and the Catholic Workers understood themselves to be carrying out the mission of the Church…” and that the movement’s “religious orthodoxy is crucial to its identity and social outlook.” In his obituary for Day in The New York Review of Books, J.M. Cameron observed that the “combination of social radicalism with…orthodoxy…has been the distinguishing mark of the movement.”

Dramatizing the Need to Rescue the Homeless

Being human means caring for others, standing up for the rights of victims of injustice, and working to make the world more just and peaceful.

These days in the privileged precincts of America, gluttony is an all too evident aspect…