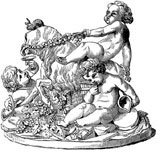 The Bishops’ New Statement on Abortion

WHY IT ISN'T ACCOMPLISHING MUCH OF ANYTHING

In November 1998 the Catholic bishops of the United States issued a statement entitled Living the Gospel of Life: A Challenge to American Catholics. “The Gospel of Life,” the bishops asserted, “must be proclaimed, and human life defended, in all places and all times. The arena for moral responsibility includes not only the halls of government, but the voting booth as well” (#33). They addressed their challenge especially to “those in positions of leadership,” stating that “no one…who exercises leadership…can rightfully claim to share fully and practically the Catholic faith and yet act publicly in a way contrary to that faith” (#7). And they made this categorical statement: “Catholic public officials who disregard Church teaching on the inviolability of the human person indirectly collude in the taking of innocent life” (#29).

This was a meaningful call for fidelity to the Church’s teaching and a ringing affirmation of the Church’s stance against abortion. Moreover, the bishops reminded Catholic officials of “the consequences for their own spiritual well-being, as well as the scandal they risk by leading others into serious sin” (#32). To suggest that the bishops could have stated those “consequences” specifically (namely, the risk of eternal damnation), and to suggest that they could have applied the word “sin” to the politicians as well — these may be quibbles, for the bishops’ statement was indeed a strong one.

Why then has compliance with the statement been invisible to the naked eye? In a different era, would not such a statement have resulted in a surge of Catholic politicians unreservedly answering the bishops’ call? Yet I can’t think of a single Catholic politician who has announced since November his abandonment of the dodge “I’m-personally-opposed-to-abortion-but….” In a different era, would not there have been a ground-swell of gratitude from Catholic citizens for the moral leadership displayed by their bishops, followed by a pledge to be diligent in assessing the prolife positions of all political candidates? Yet no such result has followed upon the issuance of Living the Gospel of Life.

The reason may be that as sincere as the bishops sound and as compelling as their vision is, their statement lacks a crucial ingredient — an ingredient necessary in the era in which we live. For if we ask how the bishops propose to respond to Catholic public officials who “contradict the Gospel of Life through their actions and policies” (#29), their answer is merely this: They will “explain, persuade, correct, and admonish”(#29).

Six-Day Fast for Life at an Abortion Clinic

To women and men alike, just passing by or going into the clinic, I’d repeat my 22-second message with no nuance. You come quickly to the point. You have to.