Volume > Issue > The Apotheosis of Sports 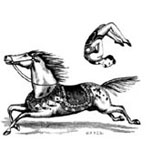 THE GOD EVER BEFORE OUR EYES

Mention the saints today and it’s apt to be taken as a reference to Drew Brees and New Orleans football. Francis of Assisi? Augustine of Hippo? They are off the radar screen. We’ve come a long way since medieval times when roadside shrines reminded travelers of the fealty they owed the Lord. Today, public-transit ads remind us of something altogether different. One recent campaign asked riders on New York City subway trains, “When you count the loves of your life, is sports first or second?” Another, seen at city bus stops, queried, “Without sports, who would we follow?” And, “Without sports, would anyone believe in miracles?”

The terrorists who murdered Israeli athletes at the 1972 Olympic Games were crazed. But when they called sports “the religion of the Western world” and the Olympics its “most sacred ceremony,” they might have been onto something. It is the essence of religion to keep its god or gods constantly before the eyes and ears of its followers, and this is what we are witnessing today. Images of athletes seem to be everywhere — in sports bars, on filling station TV screens, in advertisements for cars and deodorants. Where we once heard church bells ring on Sundays, we now hear the roar of crowds at pro-football games or the “ping” of metal bats at Little League baseball games. Religious feast days and the colorful processions that accompanied them are no more, while marathons close down entire neighborhoods (and require substantial police presence after the bombings at last year’s Boston Marathon). It seems that no corner of society is immune: At the end of every program, Fox News host Sean Hannity bids farewell to his audience by heaving a football. EWTN titles one of its spiritual-enrichment programs Crossing the Goal. Baseball caps worn front-wise, backwards, sideways, and even around ponytails are as ubiquitous as sneakers. I wear one myself!

The Nazis, who destroyed German culture, outlawed religious instruction in schools and replaced it with physical education and sports. We have not yet gone that far, but it is abundantly evident that religion in the U.S. now takes a back seat to sports. Recently, a bishop in the rural Northeast sought to merge two of his parishes for the sake of economy, but hard feelings between parents of children on the schools’ rival teams stopped him in his tracks. Churches in upstate New York have to cancel Sunday services to make way for the annual Ironman Triathlon. A convent on Manhattan’s Upper East Side has been taken over by the National Road Runners Association. Sports stadia are replacing cathedrals as places of weekly assembly, and much of what used to go into the collection basket now goes toward season tickets or DirecTV, which enables fans to “watch any game anywhere.” Center court at England’s Wimbledon has, in fact, been dubbed “the cathedral of tennis.”

There was a time when Sunday was the “day of the Lord.” People tithed. Olympians like Eric Liddell of Chariots of Fire fame refused to compete on the day Jesus rose from the dead. No longer. Sunday is still the day of the Lord, but the “Lord” is sports. Some enthusiasts may still go to church, but they are apt to dress in the gear of the local sports teams rather than their Sunday best for the Lord’s dinner party. The only people who can be counted on these days to wear a jacket and tie are athletic coaches and sports commentators. Quoting once again from postings seen at New York City bus stops: “Without sports, weekends would be weekdays.” The implication is that there is nothing inherently distinctive — nothing sacred — about the weekend. Sony’s 2013 Tennis Tournament in Key Biscayne, Florida, scheduled competition on Good Friday and Easter Sunday.

The Department of Defense wants to sell pornography, and even though the law prohibits them, they found a way to do it.

Spirituality for the Self-Centered

SELF magazine boasts, “Ten Eloquent Writers Take on the Mighty Ten Commandments.” Each gets four or five hundred words to do it.