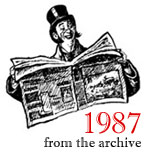 OXFORD & CAMBRIDGE WERE DIMINISHED BY HIS DEPARTURE

Once upon a time, on a wintry day in December 1939, I went to Oxford in order to be interviewed for a place at Magdalen College. Our war had already been going on for some three months, but there had been little fighting, and I was one of those numerous young Englishmen who saw it as a “phony war” indeed, one that would soon be patched up. Chamberlain would do some sort of deal with Hitler: one could look forward to something very like an ordinary university career.

My great fear was no: of disruption and military service, but of rejection by Magdalen. That college had a particularly notable tutor in my own subject, English Language and Literature, or so I had been told. I wanted to go there.

In some anxiety, therefore, I took my place in a large room. A number of dons were sitting about in armchairs, smoking pipes and apparently taking no notice whatsoever of anything.

Then a large, burly, red-faced, and shabbily dressed man came and sat beside me.

“Well now, Mr. Derrick,” he said. “In Book III of Paradise Lost, we find Satan addressing the Sun – or, rather Uriel as the Sun’s Regent. Mr. T.S. Eliot objects that Satan’s language on this occasion is rhetorical. Would you care to comment?”

I was not a particularly clever young man, but I had been well coached In the ideas and tastes of this particular don. “May I comment by asking you two questions, Sir?”

“Good, good, good!” It seemed that I was in the presence of a keen dialectician.

“Well, in the first place, Rhetoric was for many centuries an important part of a gentleman’s education: when did the word ‘rhetorical’ first become a term of abuse?”

Lewis exposes the deceits and fallacies of materialism and secularism, and he continually insists on the utter seriousness of Christianity.

The Lewis industry aims to explain a man who has already explained himself quite well and explored his own thought with remarkable thoroughness.