Volume > Issue > Should We Question Those Who "Question Authority"? 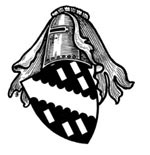 Should We Question Those Who “Question Authority”?

By Gordon D. Marino | October 2000
Gordon D. Marino is Associate Professor of Philosophy and Director of the Hong/Kierkegaard Library at St. Olaf College in Minnesota. His essays have appeared in The Atlantic Monthly, The Christian Century, and many other periodicals.

Recently I spoke with a nephew who is attending a Catholic high school. He informed me that he was taking a religion class and went on to offer a lecturette, the conclusion of which was that we can be quite sure that Jesus did not say most of what is attributed to Him in the Bible. I asked him how he made the distinction between what Jesus really did and did not say, and with some degree of sophistication he submitted that statements which are inconsistent with the Jewish traditions of Jesus’ era and which serve the power interests of someone else could be discounted as having been interpolated by a redactor with a particular interest. For example, Jesus’ allegedly pointing to Peter and announcing “Upon this rock I will build my church” (Mt. 16:18) is not, my teenage scholar postulated, something a Jewish person would ever have thought of saying in Jesus’ time. Moreover, the statement clearly serves the interest of someone eager to found a power structure called the Catholic Church. Hence, we need only skim over Matthew 16:18 and many other remarks like it. No doubt my nephew and his teacher have been influenced by the Jesus Seminar.

One big principle that has filtered down into the tool box of my nephew’s critical thinking needs to be questioned, namely, the old Marxist saw that if you can find an interest in a view, then you have grounds for dismissing that view as nothing but the expression of that interest. To be sure, in theory other considerations are supposed to be brought to bear, yet in practice it seems that wherever an interest can reasonably be posited as animating a view, that view is dismissed as the mere expression of that interest. The notion that you can dismiss someone’s position on the basis of a reading of the motivation behind that position is a common error registered in most logic texts as “the genetic fallacy,” which consists of negatively judging the truth-value of an idea solely on the grounds that the causes of that idea are suspect.

The causes of an idea, however, tell us nothing about whether or not that idea meets the conditions for being counted as true. Thus it could be, as Freud would say, that my belief in God is merely a reflection of my strong need to believe that there is Someone who can make sense out of events in this world; yet it does not follow that because I want there to be a God, God does not exist. This, of course, is literally elementary logic. However, inasmuch as pointing out interests has become such an entrenched method of critiquing ideas, I would like to point out that the interest argument is a sword that cuts both ways. For those inclined to attack positions on the basis of interests, it is crucial to acknowledge that with this gambit all interests should be brought under the microscope.

Those skeptical that Jesus said something because that something would have served the interests of a Gospel narrator need to acknowledge the possibility that their skepticism might also serve a personal interest. Within and around the Church there are many people with a strong faith in the enlightenment view that reason is the only form of legitimate authority and as such all claims to authority built upon an office or personality are dubious. Those sporting bumper stickers that read “Question Authority” have a strong interest in believing that no one should or even could command them to do anything that they themselves do not want to do. People of this persuasion have a personal stake in believing that Jesus was merely a kind of guru who did not command us to do anything, save perhaps love ourselves.

Recently, within a span of 30 days, the Catholic Church in the United states lost two of her most prominent and respected thinkers.

If Catholics don't want to have large families, they should blame themselves for the priest shortage and not blame Father's accent.