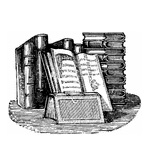 Faithful Catholics have waited expectantly for the revised translations of the English missal, which will adhere more precisely to the original Latin missal. The texts have been sent ahead to publishers, and are set to be introduced to parishes at Advent 2011.

The first vernacular translations submitted in the aftermath of Vatican II were very close to those found in the old Latin/English missals. Little by little, however, the International Commission on English in the Liturgy imposed its agenda, and the translations became clunky and even erroneous. The current Confiteor and Gloria, for example, are actually missing entire phrases. One of the memorial acclamations — “Christ has died, Christ is risen, Christ will come again” — did not appear in the Latin missal; it was a rogue statement inserted only into the English missal.

With the sudden and jarring change from Latin to the vernacular, new music was needed in a hurry. Music was needed for the Mass parts and for the hymns that would — temporarily, we were told — replace the daily parts of the Mass originally called “Propers,” since those would need more time for composition.

The contemporary musical culture of the late 1960s and early 1970s had a tremendous influence on hymn composers, and a slew of folksy, pop-style hymns wound their way into the Mass. Although the secular culture has moved on, this genre sadly still remains in most parishes, at least in part. In due time, the parts of Mass itself were set to music in the mode of these pop-style hymns. Masses are still in use today that sport a preponderance of percussive accompaniments and non-sacred musical elements. Some of these are published with music underpinning the priest’s prayers, something specifically forbidden even in the Novus Ordo. Pope Benedict XVI wrote in Sacramentum Caritatis (2007): “Certainly as far as the liturgy is concerned, we cannot say that one song is as good as another…. The introduction of musical genres which fail to respect the meaning of the liturgy should be avoided” (#42). Yet the Latin American pop rhythms and soft-rock-style accompaniments play on.

Faithful Catholics have waited expectantly for the revised translations of the English missal, which will…

What to Do With That "Ferrari" Organ?

The question of musical excellence lingers. A primary objection to it is that it’s elitist or exclusive.