Volume > Issue > Religious Freedom: What Is the Catholic Teaching? 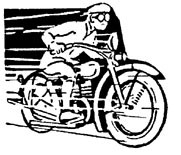 Religious Freedom: What Is the Catholic Teaching?

RECONCILIATION OF OLD AND NEW?

By Jeffrey Lehmann | July/August 1999
Jeffrey Lehmann has a doctorate in philosophy from Rice University in Houston and works as a computer systems analyst.

I was pleased to find in the October 1998 NEW OXFORD REVIEW an article entitled “Why Vatican II’s Declaration on Religious Liberty Does Not Violate Catholic Tradition” by Andrew Tardiff, for the conciliar teaching and traditional Catholic teaching seem to be in conflict, and I would like to be persuaded that the conflict is resolvable. Tardiff’s article didn’t persuade me.

The issues are as follows: The traditional teaching is that in a Catholic society the state may prohibit public worship by non-Catholic religions, the publication of heretical books, the public teaching of heresy, and other public actions that threaten the faith and salvation of the citizens. (For brevity, I will use the phrase “public teaching of error” or “public expression of error” to cover all these types of action.) The Vatican II document Dignitatis Humanae (DH) appears to reverse this teaching.

The Vatican Council declares that the human person has a right to religious freedom. Freedom of this kind means that all men should be immune from coercion on the part of individuals, social groups and every human power so that, within due limits, nobody is forced to act against his convictions in religious matters in private or in public, alone or in associations with others (n. 2, emphasis added).

It states that human dignity requires that people be able to express publicly those religious beliefs that they sincerely hold, whatever the orthodoxy of those beliefs.

Is Democracy a Transcendent Good?

Conservatives must realize that placing human dignity at the center of their political programs may increasingly involve rejecting the vox populi.