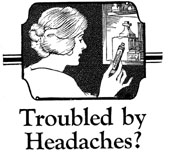 Refugees From the Vernacular Mass

By Tom Bethell | September 2005
Tom Bethell is a writer who lives in Washington, D.C.

I see there’s a new book out, Why Men Hate Going to Church

(Nelson Books). David Murrow, a television writer and producer, decided to write it after years of attending Catholic, Orthodox, mainline Protestant, and evangelical churches. He found that “no matter the name on the outside, there are always more women on the inside.” I haven’t read the book, but according to Peter Steinfels, who wrote a column about it for The New York Times, Murrow cites surveys showing that in most forms of church-related activity women constitute a great majority of participants, generally from 60 to 80 percent, and that most churches are “dominated by women and their values.”

I read somewhere that Catholic Mass attendance in America tends to be about 60 or 65 percent female, and that corresponded to my own impression — until my wife and I started going to the Tridentine Mass in Washington, D.C., earlier this year.

It is celebrated at 9 AM every Sunday at St. Mary Mother of God Church, on 5th Street NW. That’s in downtown Washington, close to Chinatown and the new MCI Center (a sports arena). Ever since the indult was granted in 1990 by the Archbishop, the congregation has been growing. The pews are mostly full, and I would guess that there is an actual preponderance of men. There are plenty of young families with small children, and young women wearing chapel veils. They are not there for nostalgic reasons, obviously. They are too young to have grown up with the old Mass. Some come from the adjacent Diocese of Arlington, Virginia, where permission for the Tridentine rite has never been granted.

A friend of mine who lives in San Francisco and recently attended the Tridentine Mass across the Bay in Oakland tells me that she found very much the same thing in the congregation there — lots of young families with many children, plenty of men, women wearing chapel veils, and the pews mostly full. The Oakland Tridentine Latin Mass is held at St. Margaret Mary Church every Sunday at 12:30 PM (a Novus Ordo Latin Mass is held every Sunday at 10:30 AM).

Monsignor Guido Marini, the Vatican’s chief liturgist, recently endorsed calls for a “reform of the…