Volume > Issue > Rebuilding After the Collapse of Catholic Conviction 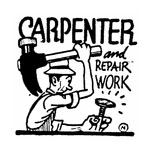 Much has been made of the fact that Catholic politicians and public figures who favor abortion are able to pass themselves off as “good Catholics” while, judged by the standard of Church teaching, they are engaged in formal cooperation with evil. The U.S. Catholic bishops have not failed to make it clear that enabling the performance of abortions by legislative votes or judicial decisions is gravely immoral. Yet these same bishops have been reluctant to impose on these pro-abortion Catholic public figures any penalties or sanctions, such as denying them access to Holy Communion. In the absence of any such penalties, these public figures maintain the pretense, both in the public mind and apparently in their own minds, that they remain Catholics in good standing. They are not, however, alone in their delusion.

The sad reality is that today’s pro-abortion Catholic politicians have been accustomed to seeing others in line for Holy Communion who do not always and invariably follow Church teachings on other serious issues. They too are regarded as Catholics in good standing despite the fact that they have abandoned Church teaching. It is common knowledge, for example, that the Church teaches that the use of contraception is morally wrong. Yet contemporary polls consistently also show that more than eighty percent of Catholic married couples — to speak only of those who are married! — use contraception.

Here, then, is a case where large numbers of Catholics, perhaps even a majority of them, are clearly not following the teaching of the Church. Yet there is no call for Holy Communion to be denied to them. For the most part, what amounts to mass disobedience to the teaching of the Church is scarcely ever noted but just seems to be taken for granted as the way things are today. It is true that these contracepting Catholics in the pews are generally not public figures, and so the scandal of their disobedience is not the same as that provoked by the spectacle of prominent Catholic public figures who are advocates for abortion. Nevertheless, the disconnect between what the Church teaches and what many Catholics are generally doing is glaring. How did we come to this sorry state?

Until Vatican Council II, scholasticism, or, to speak more precisely, neo-scholasticism or neo-Thomism, had been…