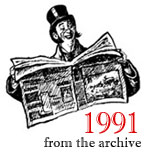 THE JARGON OF THE THERAPEUTIC

There can be no doubt but that Philip Rieff (The Triumph of the Therapeutic) was correct when he announced that we Americans have entered upon a new age — the age of psychological men and women, the Age of the Therapeutic. This is, of course, evident from the increasing number of clients and practitioners we are producing, as well as from the increasing ease with which we individually prod people to find some help, that is, to go and talk about their problems with someone who, by virtue of special talent, bent, or problems, has made talking about personal problems a profession. But one needn’t go to the stacks to dig up statistics; there is proof enough of Rieff’s claim in our daily discourse. As the philosophers are saying this week, whoever can dictate the terms in which we describe ourselves is the cultural victor. There are no two ways about it: Americans think of themselves in psychologese. If you don’t believe me, consider this lading list of sample data.

Recently I visited a local church. After the service the pastor shook my hand and inquired, “Were you comfortable with the liturgy?” Comfortable?

A few hours later I glimpsed a bumper-sticker that only the couch could have made possible: Screw Guilt.

A therapist informed a friend of mine that his mother must bear a good part of the blame for her crippling arthritis because it is caused (or if not caused then greatly exacerbated) by, you guessed it, stress and, perhaps you wouldn’t have guessed it, excessive repression. Both can be modulated by therapy; ergo, people who suffer from either or both and do not subscribe to a series of 50 minute hours have only themselves to blame.

Lasch on Gnosticism... Enslaved by the Body... The Gift of Life - My Life... Lukacs Not Incoherent... Answering Cort on Medjugorje... Caring Conservatives...

The forces that promote the Culture of Death have chosen their reward: "Better to reign in Hell than serve in Heaven!"

On Sex Education for the Young

About five years ago my wife, Jane, a high school teacher of English, and I…