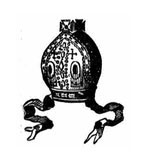 Pope John XXIII through the Testimony of Silvio Cardinal Oddi

THE "JOHANNINE TURN" WAS CARRIED OUT BY OTHERS

Popes John Paul II and John XXIII were canonized on April 27, 2014, the Feast of Divine Mercy (a feast created by Pope Wojtyla during the Jubilee Year 2000). On that same feast day, on May 1, 2011, John Paul II had been beatified, six years after his death. The beatification of John XXIII had already happened a few years previously, on September 3, 2000, when John Paul II simultaneously elevated him and Pius XI to the “honor of the altars.”

Pope Francis’s decision to preside over a single ceremony for John Paul II and John XXIII came as no surprise. He had expressed this preference while talking to journalists during the return flight from the 2013 World Youth Day in Rio de Janeiro. A Mexican journalist asked the Pope what model of holiness emerges from these two great figures. After illustrating some of the characteristics of the spirituality of the two popes, Francis concluded, “I believe holding the canonization ceremony of both popes together is a message for the Church.”

What might this message be? Italian journalist Antonio Socci interpreted the simultaneous canonization as “a decision that gives a sign of unity and that finally takes the Church beyond old controversies concerning the [Second Vatican] Council that characterized the second half of the twentieth century.” In other words, the simultaneous proclamation of the two saints would emphasize magisterial continuity and help set aside interpretations that in the past few decades have contrasted not only a post-conciliar Church to a pre-conciliar Church but also John XXIII to the popes who preceded him, and that have pitted “Wojtyla the Restorer” against “the Good Pope John.”

The commitment of some scholars to reconstruct the figure of John XXIII in order to purify his image and avoid any sort of “mythologizing” that could be used to consolidate biased interpretations and ideological ploys is certainly not without historical significance; several recent studies have contributed to this end. Though in a more modest and less articulated form, a further contribution can come from a witness to the times of John XXIII and the Council in the person of Silvio Cardinal Oddi. In light of the canonization of Pope Roncalli, the contrarian opinions expressed by Cardinal Oddi about the personality and tendencies of John XXIII are again of current interest. The event prompted me to dust off the notes of an interview that Cardinal Oddi granted me — in the form of a long conversation — in the now distant time of November 1991.

Dying on the Wrong Hill

The totality of the atmosphere of the liturgy chiefly determines whether or not it will lift believers toward the mysteries of God and eternal life.

A Tale of Two Classics

During the 20th century two of the world’s largest multinationals dominated their competition with “classics” recognized even in the remote recesses of the earth.