Volume > Issue > On the Headship of Husbands 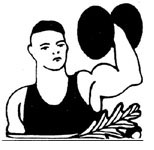 On the Headship of Husbands

By Stella Morabito | November 1997
Stella Morabito is a member of the Vestry of St. Luke's Episcopal Church in Bladensburg, Maryland. She lives in Potomac, Maryland, with her husband and three children.

It took me many years to get over it. I felt the standard feminist anger at St. Paul for saying that dreadful thing: “Wives, submit to your own husbands” (Eph. 5:22). Never mind his next admonition, “Husbands, love your wives” (Eph. 5:25) — obviously a condescending throwaway line. Power was the issue. And how could power in the hands of the male possibly be reconciled with the equal worth of the female? There was no doubt about it: Submission meant subservience, inferiority. Jesus could not possibly approve.

The feminist argument seems plausible because it seems to be based upon Christian truths: the truth that no human being should ever be put in a position of degradation; the truth that every Christian is called to respect the dignity of each and every human being. Yet the logic of these truths directly challenges the feminist assumption that the headship of husbands means power and translates into the degradation of women.

And if we accept the feminist argument against headship, we are left with many open-ended questions. Does God not will any particular order for a man and a woman in holy matrimony? If there is an order, what is it specifically? Are there any God-given roles for a husband and wife? If so, what are they? If not, are their roles interchangeable? In short, what is the theological point of holy matrimony?

Much has happened to me since I started exploring the issue of gender and Christianity. I am now a member of a steadfastly traditionalist, and therefore isolated, Anglo-Catholic parish in the Episcopal Church’s Diocese of Washington, D.C. This means I have argued against the ordination of women. It means I protested when the female suffragan bishop and her entourage invaded my parish last year in a so-called visitation that was forced and uncanonical. I am the sole lay delegate from my parish to the diocesan convention, and I have dutifully gone to the convention each year, where I witness firsthand much ranting about “inclusiveness.” This past January I waited my turn at the microphone during a debate over a resolution which was aimed at deposing any clerical or lay leader in the national Church opposed to women’s ordination. The priestess who spoke just before me fumed about how “undemocratic” opposition to the resolution is. She was loudly applauded. As she took her seat, I understood and sensed within her the deep hurt and feelings of rejection that led to her anger. And yet the central issue for her was worldly power. That’s all she and her associates seemed to want to talk about. They frequently stress the political and worldly context of their arguments by using the term “empowerment.” Raw power is always the central issue when we only deal with gender in terms of the sinful vacuum of a world with its back to Christ.

Christ, the Virile One... No Appeasement... No Longer a Conformist... Worse Than a Double Standard... In Defense of the Register...

The Prolife Struggle in Japan

Old couples in Japan, with no one to depend on, live in makeshift houses offered by the government. They are victims of the contraception-abortion mentality.

Through a Crucible to Spring

Ed. Note: The following is the true story of a victim of clerical sexual abuse.…