Volume > Issue > On the Fundamental Evil of Fragmentation 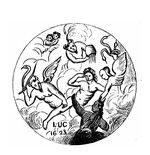 On the Fundamental Evil of Fragmentation

DIGGING OUT OF THE DUNGEON OF SELF

By Edmund B. Miller | September 2014
Edmund B. Miller teaches at Spiritus Sanctus Academy, a Dominican school in Ann Arbor, Michigan, and is president of Guadalupe Partners, a sidewalk-counseling ministry in Detroit.

I live a rather strange, dual life. During part of that life, I am a boring junior-high teacher, trying to get my uniformed Catholic schoolchildren to understand participles and gerunds. During the other part, I am on the bad, west side of Detroit, standing in front of abortuaries, where I attempt to turn hardened mothers and fathers away from killing their preborn children. In each work, though, I am doing my best to combat the same fundamental evil — the evil of fragmentation. The parents who enter the abortion facilities believe they live in isolation from others. Never mind the mysteries of sacrificial love — the natural virtues of obligation, duty, and responsibility are not part of their world. They live the fragmentation summarized in Genesis 3-11, the world of the Fall: husband and wife, brother and brother, neighbor and neighbor, and man and creation cease to understand each other, cease to live harmoniously, and begin to kill each other.

But surely all that is foreign to the realm of Catholic education! Largely, yes — though not entirely. Even if we could argue that the world’s evils were distant from our schools, is it the job of Catholic education to isolate our children? Or is its job to make saints? And who is a saint? A saint is one who sees, who sees his relationship not only to family members, classmates, and business associates but to the entire Mystical Body — triumphant, suffering, and militant. And that is where gerunds and participles become relevant.

To be a worker in the vineyard, in the Mystical Body of Christ, one must see one’s relationship to others in the Mystical Body. It is increasingly difficult, however, to get our young to see beyond their own private worlds. The process of developing moral consciousness is a gradual process of making connections; first, one sees one’s relationship to mother and father, then to siblings and classmates, and finally to the greater expanses of the world and the Church. But what if one doesn’t know how to make connections? My teaching colleagues and I agree: Year by year, the job is becoming more difficult. The abilities to follow a narrative, maintain attention to a single speaker, and retain details of information because the context of the information is not grasped — all these are handicapped, if not lost, among our young. Why do grade-school students spend five, six, seven years studying Spanish, yet when they reach high school they can hardly articulate the most basic ideas in that language? Why do students who, as seventh and eighth graders, had algebra crammed into their heads still need calculators in high school to do operations on fractions? Why does the faith exist in confirmandi as little more than a jumble of disjointed fragments of doctrine? Why, according to a 2011 WebMD.com “Health News” report, did the diagnosis of attention-deficit disorder (ADD) rise from 6.9 percent to 9 percent in a single decade? That’s almost one in ten students.

It is not mere coincidence that, as the frequency of ADD diagnoses has increased over the past decade, so has the exposure to technology. In whatever form, technology brings to the mind a fast-paced sequence of unconnected images. Technology’s intent, through its sequential images of power and flesh, is to seduce the viewer. I’m not referring only to “bad” movies or “bad” videos. I am referring to the driving, pulsing music that often accompanies video clips; to the images of superficial masculine or feminine attractiveness (“sexiness”); to the promises of “choice” and control; and to the sheer speed of video sequencing, which allows no rational absorption of what has passed, only a tantalizing brush with the external senses.

On the Fundamental Evil of Fragmentation

I live a rather strange, dual life. During part of that life, I am a…