Volume > Issue > On "Politicizing" the Eucharist 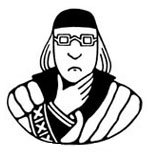 On “Politicizing” the Eucharist

By Regis Scanlon | December 2013
Fr. Regis Scanlon, O.F.M. Cap., has for the past 25 years been spiritual director and chaplain for Mother Teresa of Calcutta's Missionaries of Charity in Denver. The director of the Catholic Prison Ministry for the Archdiocese of Denver from 1999 to 2010, he is currently in the process of developing the Julia Greeley Home (juliagreeleyshelter.net), a shelter for homeless, unaccompanied women in the metro Denver area.

One feels sorry for the bishops and pastors of the Catholic Church today. It’s not easy to be a shepherd in the twenty-first century.

In a short span of about sixty years, the Judeo-Christian heritage has suffered what is perhaps the greatest and most rapid moral deterioration in its history. Tragically, many of the people — including Catholics — who should be standing firm against this collapse have chosen to embrace it.

The evidence is as close as today’s headlines and news reports. Huge swaths of Catholics who once scowled at divorce and remarriage argue today that, yes, maybe it’s time for same-sex marriage. Likewise, poll numbers reveal that many Catholic women who once cherished the role of mothers now find it difficult to condemn abortion. The disintegration has happened not just in the major issues of morality but in the realm of common kindness and decency: Where once hats were tipped to priests and nuns, today half-naked activists can interrupt a prayer service to dump water on an archbishop — as happened this April in Belgium — and all most people can do is shrug it off as the “new normal.”

The particularly thorny problem for Catholic pastors is that many who have rejected the Church’s teachings on morals, particularly in the area of family life and human sexuality, remain cultural Catholics. In other words, it’s still politically advantageous for Catholics, especially politicians and other public figures, to present themselves to the public as part of the general Catholic subgroup because it remains a powerful voting bloc. So they march up to Holy Communion in order to get fellow Catholics to support their personal ambitions, even though they are determined to advance policies that offend God and harm the Church, such as their support for abortion, homosexual unions, and infringements on the freedom to publicly practice one’s faith.

Obviously, this is a serious matter for the Church. Canon 915 of the Code of Canon Law states, “Those who obstinately persist in manifest grave sin are not to be admitted to Holy Communion.”

Attention must be paid here to manifest and not to be admitted.

Financial Vulnerabilities At the Parish Level

Just as water and electricity seek the path of least…