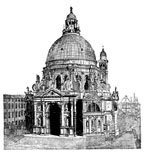 On Growing Up Jewish & Becoming Catholic

WAS I GOING CRAZY?

How could this have happened? I was happily married, a mother of two great, nearly grown-up kids, a Jewish middle-class New Yorker. I’d had hard times in my life, but things were so much better now. I had my health, a job I liked, a nice apartment. Life was good. So why did I become a Christian?

Growing up I knew I was Jewish, but I had no real idea of what that meant. I was aware of only the most famous Jewish holidays. Even though my parents weren’t liberals, I had no religious education, no acculturation as a Jew. When we went to temple, very rarely, I was deeply bored. I never thought the prayers said there, even the ones in English, had anything to do with the Almighty-my-protector, the God I asked for help in school, the God I asked to bless my family at night. My prayers were silent, private, and completely unrelated to formal religion.

From the time I was a teenager, my spiritual life was based on literature, art, and music. Literature was Christian, and for purposes of understanding what I read, I willingly suspended disbelief in Christ. I loved Christian painting, especially Madonnas. And when I was 16 I had an older boyfriend who took me to performances of Handel’s Messiah and Bach’s B Minor Mass. Both those pieces had a strong effect on me religiously. My boyfriend was appalled. He was Jewish, and wanted me to love the music, not the faith expressed.

He admonished me to learn about our faith before I gave it up for Jesus. He gave me books and lectured me. And he succeeded, sort of: I tried to find my spiritual self in Judaism. I went to Brandeis University to learn to be a Jew. I attended services. I spent time with other Jews who’d just become observant. I did what they did — but somehow it didn’t work. The prayers were meaningless to me. Nothing in the services I went to touched my soul.

The Pilgrimage of a Former “Yuppie”

“Catholic” means “including everybody.” Catholicism is both a sanctuary for adoration and contemplation, and an animator of political and social reconstruction.