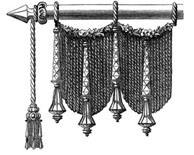 WAS HE 'ECUMENICAL' OR NOT ?

By Stanley L. Jaki | November 2001
The Rev. Stanley L. Jaki is a Distinguished Professor at Seton Hall University in South Orange, New Jersey, and winner of the Templeton Prize for 1987.

It should not be surprising that myths germinate about such a towering figure as John Henry Newman (1801-1890). Had he only written but sixty thousand letters of which about half survive and now fill 31 large volumes, he would pass for one of the great epistolaries of world literature. But the 40-some volumes of his collected works, which he prepared in his 70s for a definitive edition, contain scores of pages that qualify him as one of the legendary figures of English prose.

If we turn toward the religious side, we encounter the Newman whom public opinion took for a saint when he died — a hundred years before Rome reached the conclusion that Newman had practiced the three theological and four cardinal virtues to a heroic degree, and therefore the faithful may consider him Venerable.

But if we consider what Rome means by the virtues of faith, hope, and love, we encounter one of the myths about Newman. Circles that largely determine public opinion today do their best to make Newman appear as the oracle of religious “experience,” but not as a spokesman of the faith the Church stands for. That faith has for its object belief in One God, who revealed Himself as One in Three Persons, of whom One, the Son, became incarnate, suffered, died, and rose from the dead. That faith is belief in that Son, who founded a visible Church and sent His own Spirit, whose role is to awaken mankind, through the teaching of the Church, to a future Judgment that no one shall escape.

Newman kept emphasizing that that Judgment belongs to the core of religion and that it is not an unjust demand on God’s part to subject any and all to being weighed on that final balance. Not unjust, because through the Spirit the Church will, to the end of time, stand in the center of history as a clearly recognizable body.