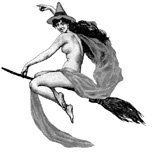 In the past thirty years, a false and alien spirituality has swept through this country, infecting millions of souls. It has contaminated television shows, high-grossing movies, best-selling books, popular personnel-training programs, and some non-traditional medical practices. It has destroyed the faith of many people. It has infiltrated Protestant Churches, and in Catholic circles it is making its way into retreat centers, seminars, and parish programs.

It is based on the old heresy of pantheism, and borrows many of its ideas from Hinduism. It is called New Age spirituality and it would have us look inside ourselves to find a Higher Self or True Self, to discover our divinity or “God”-power. It is the belief that “God” is deep within each one of us.

To connect with this “God within,” New Agers use mantras (repetitious words or phrases) or yoga to empty the mind in order to reach altered states of consciousness or pure consciousness, whereby to discover their own divinity.

In order to warn Catholics of this false spirituality, the Vatican issued a document in 2003 called Jesus Christ, the Bearer of the Water of Life: A Christian Reflection on the New Age. This document describes New Age spirituality as pantheistic (the belief that everything and everyone is “God”). The Vatican document contradicts this by stating, “As Christians, we believe on the contrary that ‘man is essentially a creature and remains so for all eternity, so that an absorption of the human I in the divine I will never be possible'” (#2.3). New Agers and Hindus believe that they eventually become “God.”

The document states that New Age spirituality is based on the belief that “God” is an “‘impersonal energy’ immanent in the world, with which it forms a ‘cosmic unity’: ‘All is one.’… [This] ‘divine energy’ is often described as ‘Christic energy'” (#2.3.4.2). The document goes on to say that New Agers believe that “Jesus of Nazareth was not the Christ, but simply one among many historical figures in whom this ‘Christic’ nature is revealed, as is the case with Buddha and others” (#2.3.4.2). New Agers address “God” as the “Divine Love Energy” or the “Source.”