Volume > Issue > My Road from Gender Feminism to Catholicism 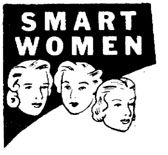 FROM "FEELINGS" TO OBJECTIVE TRUTH

Consider the following scenario: There was a time in human history when all was well. People lived in harmony with the planet, all resources were shared equally, and there was no violence. This was the great time of matriarchal cultures when women held the positions of power in their societies and wielded that power with wisdom.

Then it all came to a halt when men rose up and began to use force, rooted in misogyny, to bring women under their control. This was not some series of isolated uprisings, but a systematic reversal of world power and a subjugation of women which has left my gender devastated. Rape was the first method used to subdue women, followed by the development of the institution of marriage; however, as time went on, more sophisticated mechanisms were employed to rob women of their power, both earthly and spiritual.

The coup de grâce in this destruction of matriarchal utopia was the development of Christianity. This patriarchal system, purposely dominated by men, would seek to destroy the last vestiges of the great goddess-centered religions by establishing the complete authority of males over females through its use of supposed sacred writings (the Bible) and masculine symbolism to describe God. The great peace-loving goddess religions were no match for the brute force of a male-dominated Christendom and so were decimated. The greatest blow was the Inquisition, in which millions of pagan women, many high priestesses, were burned at the stake, as the Catholic Church made its massive attempt finally to eradicate female power. Then came the witch hunts in the New World, while today such constructs as gender roles continue the assaults against feminine energy on the planet.

Revisionist history at its finest? To be sure. However, much to my embarrassment, I must confess that not so long ago I subscribed to this gender-feminist nonsense. Don’t get me wrong, I wasn’t raised with such notions. To my parents’ credit, I was brought up in a strong Christian home. Baptized in a Methodist church, I was raised in a warm and loving Episcopalian home in Lancaster County, Pennsylvania — the heart of Amish country. The Christian values of love thy neighbor, personal morality, and strong faith were modeled constantly at home and reinforced by Anabaptist fundamentalists who set a very conservative tone for the community. Most significantly, I was raised with the old-fashioned idea that there is objective truth — that while there may be some gray areas in life, there is such a thing as definitive right and wrong.