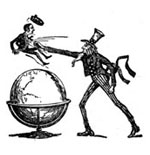 Is the Natural Law Still Natural?

PERMANENCE IN AN ERA OF CHANGE

By Donald DeMarco | September 2012
Donald DeMarco is a Senior Fellow of HLI America, an initiative of Human Life International. He is Professor Emeritus at St. Jerome's University in Waterloo, Ontario, and an Adjunct Professor at Holy Apostles College and Seminary in Cromwell, Connecticut. Some of his recent writings can be found at HLI America's Truth and Charity Forum, www.hliamerica.org/truth-and-charity-forum.

Ed. Note: The following article was written partly in response to Melinda Selmys’s June article, “Is the ‘Natural Law’ Concept Obsolete?” in which she argues that “natural-law theory as it appears in the modern political sphere…is eminently convincing to those who already believe in Christian virtue, but is alien and irrelevant to everyone else.” She maintains that “Christians must find a way to appeal to the truths about the human person” that makes sense to postmodern man. Mrs. Selmys’s reply to Dr. DeMarco follows.

The host of a highly respected primetime Canadian TV show recently interviewed a Catholic priest on the subject of the natural law. He seemed bemused by the priest’s acceptance of this presumably outmoded notion. “It’s now 2012,” the host reminded his guest, “with all the new technology we have, don’t you think that nature isn’t as natural as it used to be?”

As I watched the telecast, it struck me how effective the medium of television can be in making myths more convincing than facts, and fallacies more compelling than logic. Television, after all, is more an entertainment medium than an educational one. Sheer entertainment, more often than not, is momentary.

The calendar is not a reliable basis for determining morality. Aristotle and subsequent logicians found the argumentum ad annum (“argument from the year”) to be clearly fallacious. Neither the year 2012 nor any other year implies any status or change in morality, or in understanding morality as living by the principles based on the natural law that lead to true human flourishing. Morality and chronology do not intersect.

The “myth of progress” does not apply to the steadiness of the natural law. In an era of massive change, it is difficult for many people to believe that anything can stay the same. This popular myth is misapplied to all of society and change is believed to happen automatically. The natural law, which does not change, provides the opportunity for an individual person to change, not automatically but through reason and freedom. And this change is both real and personally beneficial.

The "Priest Shortage": Natural or Man-(and Woman-) Made?

Dioceses headed by bishops with a reputation for robust orthodoxy now have full seminaries and an abundance of seminarians.

For a per­son with a strong social conscience, chastity is a ma­ture response to a great evil. It is a form of rebellion.

Catholicism for Dummies in Pleasant Monthly Installments... What Is It About the American College of Louvain?... Devious "Gay" Priests... OSV's Spirituality for Sensitive Guys... A Lecture on Treating Prelates "Respectfully"