Volume > Issue > In the "Culture of Clinton": A Time for Defiance 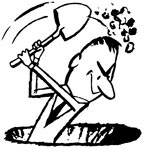 In the “Culture of Clinton”: A Time for Defiance

THE FUTURE BELONGS TO THE FERTILE

By Allan C. Carlson | May 1999
Allan C. Carlson, a Lutheran, is President of the Howard Center for Family, Religion & Society in Rockford, Illinois, and author of The New Agrarian Mind: Anti-Industrialism and Decentralist Thought in 20th-Century America, forthcoming from Transaction Books.

The Western world is now holding its grand fin de millénium party, an exuberant celebration of material accumulation and unfettered passion. Unrest in Kosovo or airstrikes against Muslims somewhere barely intrude on the bacchanalia; indeed, they might best be understood as part of the entertainment.

Everywhere in the European Community and Anglo-America, real attention focuses on the consumption of food (alternately rich and fat-free), frequent sex, and raucous fun. Relatively few are pestered these days by children. Fertile young adults rely on mechanical devices and chemical agents to thwart the designs of nature. In places as culturally different as Spain, Germany, Italy, and Denmark, the sexual experimentation starts early, but hardly anyone brings forth a child. Total Fertility Rates (TFR) in these lands (which must reach an average of 2.1 children per woman if they are just to replace the current generation) hover near 1.2.

And yet, the government support checks continue to flow (for now), the cafes and cabarets are full, and “dark people” from the south and east are brought in to bus the tables and clean up the morning mess. Occasionally the partygoers do feel a little uneasy when they consider how many foreign-born helpers they have engaged and how loyal these helpers are to such old-fashioned attachments as their clans, spouses, and broods of children.

Here in the United States, fertility is higher (a TFR of about 1.9), but only as a wasting legacy of the federal government’s long-running program of paying the unmarried to have babies. The marital fertility rate — a measure of births within responsibly constructed homes — has fallen since the late 1950s, a decline that has accelerated again in the 1990s. Americans grumble, too, about the bad English and the big families of their busboys, nurse’s assistants, and garbage collectors, but — in the memorable words of Garth from Wayne’s World — they “party on.”

Communicating Our Faith on Television

TV news is be­coming the best place to tell our story. It offers opportunities for believers to express their faith in a prime time context.

MTV: A Recruiting Ground For Priests?

No diocese that has successfully attracted vocations has enlisted marketing professionals to make the priesthood attractive.