Volume > Issue > If Only the Anglicans Had Listened 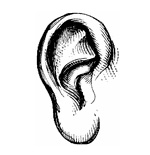 If Only the Anglicans Had Listened

By Andrew M. Seddon | June 2010
Andrew M. Seddon, a native of England, writes both fiction and nonfiction, with over one hundred publication credits, including three novels: Red Planet Rising (Crossway Books, 1995), Imperial Legions (Broadman & Holman, 2000), and Iron Scepter (Xlibris, 2001). He contributed a chapter to Staying Fit After Forty by Don Otis (Harold Shaw, 2001), and is co-author of the devotional Walking With the Celtic Saints (Crossroad, 2004). He was editor of articles and columns for Christian Library Journal from 1998-2003; contributing editor of The Christian Communicator from 1998-2000; a book reviewer for Ethics & Medicine; and is a current member of the Authors' Guild. Dr. Seddon is a family-practice physician in the SameDay Care department at Billings Clinic in Billings, Montana.

If only the Anglicans had listened. But, of course, Pope St. Pius X wasn’t addressing them when, one hundred years ago, he issued two stern warnings about grave dangers he perceived confronting the Church. Were Pius X to return, he would surely experience a sense of déjà vu when encountering the complaints of today’s Catholic dissidents about the Church’s “repressive” position on moral issues, her “archaic, intolerant” theology, and her “antiquated” hierarchical structure. He would also find familiar their proposed solutions: freeing the laity from “patriarchal” clerical oppression; agitating for a more “democratic” Church with lay participation in the selection of bishops, including women and active homosexuals; and replacing the teaching authority of the Magisterium (the bishops in union with the Pope) with that of dissenting theologians and professors.

What would such a church look like? The answer is plain to see: It would look like much of today’s Anglican Communion, particularly the Church of England, the Episcopal Church (its American offshoot), and the Anglican Church of Canada. Contrary to the Catholic dissenters’ rosy imaginings, the picture isn’t pretty.

The disintegration of the Anglican Communion has reached such a point that Pope Benedict XVI recently issued an apostolic constitution, Anglicanorum Coetibus, that enables Anglicans fleeing the rubble of their denomination to enter into full communion with Rome while retaining elements of their cultural and liturgical heritage. The roots of Anglicanism’s current crisis lie in the very errors and trends that Pius X condemned, in words which regrettably weren’t taken to heart in Anglican circles. The consequences of this failure offer both a warning and a challenge to the Catholic Church today.

“Modernism” refers to various subjectivist trends that developed in the Catholic Church in the late nineteenth century. Basing itself on post-Enlightenment thought, Modernism critically re-evaluated Scripture, the person and work of Jesus Christ, and Church dogma. It is particularly associated with Abbé Alfred Loisy, Fr. George Tyrrell, and Baron Friedrich von Hugel, who desired to bring Catholic doctrine into line with current trends. To do so, revelation, faith, Scripture, and the authority of the Church would all need to be reinterpreted.

The recent history of the Anglican Communion shows that shedding virtually all of its distinctively Christian moral teachings in order to achieve "relevance" has disastrous results.

Anglicanism, Catholicism & The Significance of the "Anglican Use" in The Catholic Church

To Anglicans, healthy Anglican Use parishes offer an appropriation of all that is best in the Catholic patrimony of Anglicanism.

The Great Realignment of 2004-2012: The Catholic Church Splits, The Episcopal Church Triumphs