Volume > Issue > How Catholicism Is Different 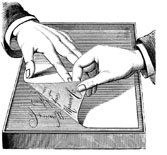 How Catholicism Is Different

By Bobby Jindal | December 1996
Bobby Jindal recently received his M.Litt. in Politics from Oxford University, where he was a Rhodes Scholar. He is currently working for a management consulting firm in Washington, D.C. A convert to Catholicism, he was raised in the Hindu tradition.

Just as C.S. Lewis removed any room for comfortable opposition to Jesus by identifying Him as either “Lord, liar, or lunatic,” so the Catholic Church leaves little room for complacent opposition to her doctrines. Without inflating the issues that separate Catholics from Protestants, for we do worship the same Trinitarian God who died for our sins, I want to refute the notion that Catholicism is merely another denomination with no more merit than any other.

(1) SCRIPTURE AND TRADITION: Is sola scriptura (the Bible alone) a sufficient basis for the modern Christian to understand God’s will?

The Bible does not contain either the claim that it is comprehensive or a listing of its contents, but does describe how it should be used. Scripture and Tradition, not the Bible alone, transmit God’s revelation. Tradition is reflected in the Church’s authority to interpret Scripture.

The glorified physical Body of our Savior is able to be in more than one place at one time. This is a miracle in which the natural laws of physics and biology are superseded.

Any car dealer will tell you that women love SUVs, especially women with children.

"I'm Looking Forward to Your Correction"

Yes, Amy, it's a woman's prerogative to change her mind, but when you put pen to paper, please, would you make up your mind?