Volume > Issue > Glancing to the Past, Bracing for the Future 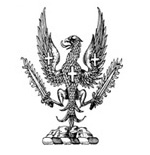 Glancing to the Past, Bracing for the Future

If Joe Biden, riffing on Shakespeare during the 2008 vice-presidential debate, is correct that the past is prologue to the future, then what does the recent demise of so many Catholic magazines mean for the NOR? Publishing has always been risky business, but Catholic publishing is generally conducted on a wing and a prayer. The roll call of Catholic print magazines whose wings have been clipped over the past five years has grown to include Crisis, Catholic Men’s Quarterly, Homiletic & Pastoral Review, Catholic World Report, 30 Days, and Envoy, which, we recently learned, lost its institutional endowment over a year ago and has, according to publisher Patrick Madrid, “taken an indefinite hiatus from publishing the print version.” Are these magazines merely the first to fall? Which one of us will be next?

The Catholic niche is a microcosm of the publishing world and, as such, it reflects in miniature the trends in the industry. According to MediaFinder.com, an online database of North American publications, an astounding 1,948 print magazines folded from 2008 to 2012. The diverse list includes such big-brand titles as Gourmet, Spin, Modern Bride, Men’s Vogue, CosmoGirl, Country Home, both BusinessWeek Small Biz and Fortune Small Business, Newsweek, U.S. News & World Report, and most recently, Human Events and Pro Football Weekly.

How bad have things gotten in the print industry? So bad that, according to author and tech journalist Paul Gillin, “Google’s advertising revenue now exceeds those of the entire print media industry.” Gillin operates NewspaperDeathWatch.com, a website where masochists can chew on nuggets like this: “newspapers are the fastest-shrinking U.S. industry.”

How did Catholics by the millions enlist to serve their nation a few generations ago, and yet today there are hardly enough to serve at the altar?

The Greatest Novel You've Never Read... The Queen of Heaven on the Silver Screen... Gospel Historicity... Disquiet on the Western Front... An Uncertain Trumpet?... A Magazine's Duty... More than I Ever Imagined