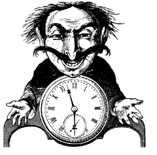 By Robert Coles | May 1995
Robert Coles is Professor of Psychiatry and Medical Humanities at Harvard University.

When Freud listened to his first patients, he observed their substantial difficulty in coming to terms with their sexual thoughts and impulses — to the point that, he began to realize, this aspect of their lives was hidden even from them, never mind others who might want to attend them, be of help to them. So it was that the unconscious, thoroughly familiar to novelists, and poets and playwrights over the centuries, took on new life as a construct in a neuropsychiatrist’s metapsychology — one, however, derived not from the reveries of a theorist, but from his daily clinical effort to understand his patients. Today, of course, sexuality is a virtual mainstay of our bourgeois, capitalist culture, a commodity, even — sold, as it were, on the covers of magazines, in the advertisements for a host of products, and increasingly in the advertisements by individuals on behalf of themselves that appear in the respectable press (journals, newspapers), never mind the scandal tabloids.

Those of us who are psychiatrists, psychoanalysts, no longer have to wait long, probe persistently, in order to learn about what Freud called Eros, as it lives in our particular patients. These days, the men and women, and even the children, who come to see us are ready, even eager, to share thoughts, fantasies, impulses that bespeak — well, in a way, their citizenship. Put differently, they are late 20th-century Americans who have watched the talk shows (with their chief staple, confessional sex), gone to the movies, picked up periodicals and the daily paper, glimpsed billboards, and raced through best-selling pulp fiction, and thereby learned what is not only acceptable, but desirable — to the point that, yes, I once heard a monogamous man in his 30s wonder what was wrong with him: He found himself only attracted to his wife, and he was appalled by what he saw on television and at the movies. Was he some odd variant of a prude, a puritan? Was he “repressed,” abnormally so? His colleagues in the law firm to which he belonged were all the time horsing around, making mention of this or that sex scene they’d thoroughly enjoyed seeing on television or taking in as they leafed through one or another magazine. They also had a constant supply of jokes to share, all sexual in nature. Why, he kept asking himself, as they gabbed and guffawed, did he feel left out, even disgusted?