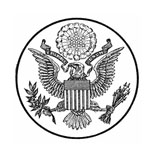 Does the Catholic Church Still Count?

By Kenneth D. Whitehead | November 2011
Kenneth D. Whitehead was an Assistant Secretary of Education in the Reagan administration. In retirement he now works as a writer, editor, and translator in Falls Church, Virginia. His latest book is Affirming Religious Freedom: How Vatican Council II Developed the Church's Teaching to Meet Today's Needs (St. Paul's/Alba House, 2010).

From the moment it was passed on a strict party-line vote in a Democratically controlled Congress, the misnamed Patient Protection and Affordable Care Act of 2010, popularly known as “Obamacare,” was the target of court challenges, particularly with regard to its unprecedented requirement that virtually all Americans henceforth had to buy and carry health insurance or pay a fine. To require the purchase by all citizens of any particular product seemed to opponents of the Act to go beyond the constitutional power of Congress to “regulate commerce” among the states.

In August 2011 a three-judge panel for the U.S. Court of Appeals for the Eleventh Circuit in Atlanta ruled in a two-to-one decision that Congress did not in fact have the power to mandate such an insurance-purchase requirement for all citizens, and thus declared the Act unconstitutional. Nevertheless, since another federal appeals court — in the Sixth Circuit — had already ruled the requirement to be constitutional, and since yet another ruling — in the Fourth Circuit — found that a state did not have the standing to sue the federal government, it seems a foregone conclusion that the fate of Obamacare is ultimately going to be decided by the U.S. Supreme Court.

Other objections to Obamacare besides the insurance-purchase requirement have also been raised, and there is considerable talk about modifying or repealing the Act. Whatever the ultimate fate of the Act, whether it is modified or overturned by court action, or is otherwise changed or repealed by Congress, how the Obama administration has been proceeding to implement the law as enacted — that is, what the Obama administration has decided the law should do — has turned out to be highly revelatory, and should be of great concern to Christians and pro-lifers alike. One of the things the Obamacare implementation process has unmistakably brought out is proof of this administration’s total commitment to secularized medical practices, along with a corresponding lack of any respect or consideration whatever for preborn human life, traditional morality, or Christianity itself.

Among other requirements of the Act (as things now stand), is one mandating that all new insurance policies must henceforth include free “preventive” health care for women — that is, preventive care without the deductibles, co-payments, or co-insurance currently found in most policies for this kind of care. To determine just what this new mandatory preventive care for women should consist of, Obama’s Department of Health and Human Services consulted the Institute of Medicine (IOM) at the National Academy of Sciences.

Coming to Your Parish Soon…

There's a lot of debate about the music in Catholic parishes, including the words of hymns.