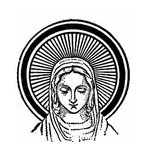 DOES IT REALLY MATTER?

By Hurd Baruch | July-August 2008
Hurd Baruch, a retired attorney living in Tucson, Arizona, is the author of Light on Light: Illuminations of the Gospel of Jesus Christ from the Mystical Visions of the Venerable Anne Catherine Emmerich (Maxkol Communications, 2004).

Ed. Note: The Feast of the Assumption of the Blessed Virgin Mary is August 15.

What happened to the mother of Jesus Christ at the end of her life? The answer you get depends upon whom you ask. “Nothing unusual,” say Protestants. “A miracle! She was taken directly to Heaven!” say Catholics — at least those who know that Pope Pius XII solemnly proclaimed the Assumption of the Blessed Virgin Mary as a dogma that all Catholics must believe: “The Immaculate Mother of God, the ever Virgin Mary, having completed the course of her earthly life, was assumed body and soul into heavenly glory” (Munificen­tissimus Deus, #44; reaffirmed at Vatican II in Lumen Gentium, #59).

Catholics who are accustomed to meditating on the mysteries of the Rosary might assume that all of the 20 events memorialized therein can be found in the Gospels, or at least elsewhere in the New Testament, but the Assumption is an exception to the rule. Not only is there no eyewitness account or even an unattributed description of the Assumption in Scripture, there is absolutely no hint of it. By way of comparison, see the accounts of the Ascension of Christ given in the Acts of the Apostles (1:6-12) and the Gospel of Luke (24:50-53), which have the Apostles as witnesses looking on as Christ rises up to Heaven.

What, then, lies behind the mystery of the Assumption? Did it really take place? There are two ways to approach an answer to this question. The first is to search the historical record for some credible account, with the expectation of finding at least a summary of the facts in Munificentissimus Deus (MD), the apostolic constitution on the Assumption promulgated by Pius XII in 1950. There we find the dogma set forth in the concluding sentence quoted above, without a description of the happening itself. Yet there are statements scattered throughout the document that allow us to establish a bare-bones chronology. First, Mary died. That may seem to go without saying, but the Old Testament records that two people, Enoch and Elijah, were assumed bodily into Heaven while they were still living (Gen. 5:24 and 2 Kgs. 2:11, respectively); also, some early writers questioned whether Mary had really died or merely fallen asleep. And so the phrase “Dormition of the Blessed Virgin Mary” came to be used and still is, although it carries the latter connotation.1

From the beginning, Christians, like their Jewish predecessors, believed that the soul parted from the body immediately upon death.2 There was never any question but that Mary’s soul went directly to Heaven; the issue was what happened to her body. As to that, Pius XII declared that “her sacred body had never been subject to the corruption of the tomb” (MD, #14). That itself would not seem remarkable, as there have been instances of the bodies of saints being disinterred and found incorrupt after lying in a grave for many years. The incorruptibility of Mary’s body flowed naturally and as a matter of course from two settled dogmas.