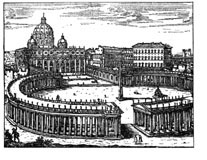 Pius XII, the Holocaust, and the Cold War

The Rev. Vincent A. Lapomarda, S.J., is Coordinator of the Holocaust Collection at the College of the Holy Cross in Worcester, Massachusetts.

Pius XII, the Holocaust, and the Cold War by Michael Phayer, a retired professor of history at Marquette University, is more the product of one man’s subjective views than of objective evidence. Using documents released during the Clinton Administration, the author stresses how much the decision-making of Pope Pius XII was devoid of moral considerations because he was preoccupied with saving Western civilization from communism. While Phayer frequently points to omissions in the eleven volumes of World War II documents released by the Holy See, he fills these alleged gaps with documents that have been discredited by such historians as Robert A. Graham and Matteo Sanfilippo. In fact, Phayer himself casts doubt on one of his crucial sources, Unholy Trinity (1991) by Mark Aarons and John Loftus, declaring that it was “not a reliable account in many instances,” while later asserting that “Loftus and Aaron told a tale that was mostly accurate.”

Announcing at the outset that he is neither for nor against the Pope’s canonization, Phayer shows that he is decidedly not in favor of it in this portrayal of the “political” as opposed to the “spiritual” Pius XII. Although he now rejects the alleged silence of Pius, Phayer goes on to use a questionable methodology constructed out of guesses, innuendoes, and surmises to fashion his interpretation of Pius as a Machiavellian character.

To describe Pius XII as “the first Cold War warrior” is not historically accurate because the Cold War really began with the success of the Russian Revolution in 1917, before Phayer’s subject was prominent on the international scene. If Pius were the first, he would not have responded to the diplomatic initiative of President Franklin D. Roosevelt by agreeing that U.S. Catholics could favor aid to Russia through the Lend-Lease Program following the Nazi invasion of the Soviet Union in 1941. Although Pius refused to encourage a crusade against the Russians, the Vatican had already declared where it stood regarding communism and Nazism and, in this sense, it risked its neutral position which the Pope sought to protect. This evenhanded neutrality of the papacy was evident in the 1937 encyclicals of his immediate predecessor, Pius XI, which condemned communism (Divini Redemptoris) and Nazism (Mit Brennender Sorge). This same impartiality emerged in Summi Pontificatus of Pius XII himself (1939), in which he condemned the atheism of the communists and the racism of the Nazis who were persecuting Church members after the outbreak of World War II in Europe. Contrary to his critics, Pius XII was very conscientious in trying to avoid taking sides between the Germans and the Russians. Certainly, when one couples his response to Roosevelt and his plotting with the German resistance in 1940 to overthrow Adolf Hitler, it is easy to see that Pius chose to be more anti-Nazi than anti-communist in World War II.

In his concluding chapter, Phayer states, “Pius XII’s obsession with communism is the key to understanding his papacy.” That statement explains, at least in Phayer’s mind, why the Pope failed to help Polish Catholics, whom the Nazis were killing in World War II; why he refused to speak out in defense of the Jews after his 1942 Christmas message; why he did not encourage the Dutch, French, and German bishops to protest the persecution of the Jews in their countries; and why he did not protest the Ustai slaughter of Jews and Serbs and instead helped Nazi and Ustai war criminals escape justice. While all these are reflected in Phayer’s conclusions, they are not the views of the Pope’s defenders.

Even more unconvincing is Phayer’s criticism that papal policy was shaped by the fear of the spread of communism throughout the world. Anyone who understands the foreign policies of democratic nations at that time knows that Vatican policy was realistic. Harry S. Tru­man, Dwight D. Eisenhower, and other U.S. presidents, as well as the foreign policies of most leaders of the free world, including Winston Churchill in his Iron Curtain Speech in 1946, reflected the fear of communism. To have pursued another policy would have been folly for Pius because the communists were totally opposed to Christianity and democracy in their suppression of both religious and political freedom.

Phayer claims that the Pope abetted the escape of Nazis and Ustai war criminals through “ratlines” to Latin America in order to prevent a communist takeover there. Unfortunately for Phayer, there is no solid evidence that the Pope helped known war criminals escape justice; Bishop Alois Hudal, a Nazi sympathizer, and Krunoslav Draganovic, a Croatian priest, were the ones responsible for such violations of international law. That the Vatican issued passports to war criminals is an allegation that is not grounded on objective evidence, even though Phayer makes much of reports issued by U.S. diplomats like Hiram Bingham IV, John Moors Cabot, and Vincent La Vista, not to mention The Real Odessa, the 2002 study by the Argentinian Uki Goñi, and such questionable documents as those produced by Virgilio Scattolini, whom a Roman court discredited on July 23, 1948. Not only does Phayer himself cast doubt on one of his key sources, but Sanfilippo, after his study of Goñi’s sources and Hudal’s papers, found no connection between the Pope and the ratlines. All this contrary evidence undermines Phay­er’s interpretation, as does his claim that the Vatican made use of gold stolen from Jews by the Ustai. After Phayer’s book was written, the legal suit based on this claim (Emil Alperin, et al., Plaintiffs, v. Vatican Bank, et al., Defendants) was dismissed by the U.S. District Court for the Northern District of California on December 27, 2007.

Moreover, if Pius were actually bent on rolling back the communists rather than containing them, it would have made more sense for him to encourage anti-communists to infiltrate Eastern Europe rather than, as Phayer holds, finance their way from Genoa to Latin America. However, that extreme nationalists among the clergy took advantage of the Vatican’s immigration policy, as conducted through its Pontifical Commission of Assistance, to escort known fugitives from justice was not the fault of Pius any more than the criminal actions of Ante Pavelic in Croatia can be attributed to the Pontiff.

Clearly, this study relies on sources that are more in accord with Phayer’s jaundiced view of the Pope than it is open to those historians who, in the aftermath of Rolf Hoch­huth’s defamation of Pius XII in the early 1960s, have exposed that playwright’s shortcomings. While Phayer credits Pius for speaking out in defense of the Jews in 1942, he should have known from such studies as Pinchas E. Lapide’s Three Popes and the Jews (1967) and Hans Jansen’s The Silent Pope? (2000) about Pius’s specific help for the Jews before and after that year. For Phayer, Pius was more concerned with preserving Rome and the Catholic Church than he was with saving Jews after 1942. Since the prime responsibility of the Holy Father is to the Catholic Church, the Pope realized that the Church would not have been able to save as many Jews as she did had he not been concerned with saving Rome.

Given what the author has presented about Pope Pius XII throughout this work, “Phayer’s Pope” would have been a more accurate title for this book.

The land of what if is a poignant place from which to contemplate the Holocaust,…

Pius XII's first radio message to the world was: "Peace, gift of God, desired by all upright men, the fruit of love and justice." His appeals were not heeded.

The Miracle of Christ in Dachau