Volume > Issue > Apocalypse Now (and Then) 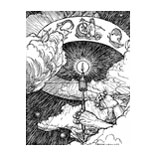 A History of the End of the World

Mary McWay Seaman, who has served as book critic for The Celtic Connection newspaper in Denver and the Missouri Historical Society's Gateway magazine, writes from northern Colorado.

In his vigorous, entertaining, and opinionated account of the influence flowing from 2,000 years’ worth of interpretive work on the Book of Revelation, Jonathan Kirsch follows the footprints of the Apocalypse from the dusty thoroughfares of antiquity through the world wars to present times. Full of fact and traditional lore ranging from the controversies surrounding its inclusion in the Bible to the identity of the John who wrote it, Kirsch’s commanding scholarship keeps the pages turning.

Long thought to be written by the same John the Evangelist who wrote the fourth Gospel, many scholars, including Kirsch, make the case that Revelation’s subject matter and swagger point to another John whose writing reveals a loathing of the Roman occupation and the Greco-Roman culture with its vibrant market economy’s materialism. A strict constructionist regarding legalistic Jewish rites and emerging Christian laws, John of the Apocalypse believed that the End Times were near and that God was preparing to settle some serious scores with mankind. John’s writing is memorable for its lurid portrayals of the world’s tortured end, featuring vicious torments inflicted on the sorry souls unfortunate enough to be alive at the time. Kirsch’s absorbing personality profile of the scrupulous, dogmatic, and uncompromising John portrays him as a man in great distress in a pagan culture. There would have been no friendly debates about the benefits of pluralism or the challenges of multiculturalism with the author of the final book of the New Testament.

Kirsch himself supports the view that Revelation’s wrath was aimed at the Roman Empire ruling most of the civilized world in the early Christian centuries. (The author prefers the revisionist term C.E., for “Common Era,” in lieu of A.D. or Anno Domini, Latin for “in the year of Our Lord.” Its corresponding designation, B.C.E., for “Before the Common Era,” substitutes for B.C., “Before Christ.”) Kirsch skillfully builds mystery and intrigue as through the ages group after group interpreted the text precisely as written and predicted an impending Apocalypse. Disputes between literal and allegorical readers of Revelation continue to the present day. The early Church Fathers, St. Augustine and St. Jerome, counseled against an exact interpretation, favoring the allegorical position.

Much of the book supports the conviction that literal adherence to Revelation’s apocalyptic vision morphed into the fundamentalist brands of evangelical Protestantism now known as the Religious Right. In the 19th century, a significant percentage of its membership embraced austere lifestyles devoid of ordinary pleasures such as card-playing, dancing, and drinking, and some congregations still follow a Calvinist code. The author develops an unsettling discussion of these fundamentalist churches’ support of Zionism, derived from Revelation’s prophecy regarding a condition for Christ’s Second Coming — the Jewish people’s return to their ancestral homelands. Kirsch states that “Christian Zionists, in fact, tend to regard the prospect of peace between Israel and its Arab neighbors as an obstacle to the second coming of Jesus Christ, and, therefore, the work of the Devil.” I have read other accounts of this fundamentalist doctrine, and it is disturbing to contemplate the self-serving cynicism it implies. Israel, in accepting the Christian Zionist gift horse, probably prefers gazing upon its Good Samaritan countenance, courteously ignoring its dubious motivation.

Revelation’s instruction on the emergence of a vicious Antichrist just before Judgment Day has generated scores of Antichrist nominees through the centuries, and Kirsch provides engrossing vignettes concerning such candidates as Nero, Martin Luther, Napoleon, several Vicars of Christ, Moham­med, Mussolini, Lenin, Stalin, Hitler, and many international politicians. (No one maintained dibs on the Antichrist crown for long.) The terms “culture war” and “culture warrior” percolate throughout Kirch’s book and eventually wear themselves out. They designate attacks and attackers bent on changing prevailing cultures, and Kirsch believes that this warrior mentality devolves from Revelation. Many historic “culture warriors” are portrayed as single-minded oppressors or fear-mongers; at best they loom as self-righteous killjoys. The list of “culture warriors” includes the author of Revelation himself, the Crusaders, Dante (Divine Comedy was inspired by Revelation), Christopher Columbus, Oliver Cromwell, the Puritans, and recent American presidents, among many others. The author does highlight a few individuals such as St. Francis of Assisi, who earned a “culture warrior” appellation simply by providing a foil to venal showboaters among the medieval clergy, but Kirsch’s use of the term generally has negative connotations. Kirsch refers to a current “culture war” in America without refining it much beyond the differences between the Religious Right and everybody else.

The author’s real punch comes with his thesis that alarming apocalyptical positions are mushrooming among members of fundamentalist Christian churches today, but he founders in grouping all opponents of abortion, homosexual “marriage,” and embryonic stem-cell research under his negative definition of fundamentalist “culture warriors.” Opposing these deeds hardly marks one as a literal believer in the Apocalypse, but in a post-modern, politically correct society, declaring any activity right or wrong, moral or immoral, evidently connects one to the Religious Right. President Reagan’s description of the former Soviet Union as an “evil empire” is used for illustration. Sniffing out literal apocalyptic beliefs in recent presidents, Kirsch identifies Presidents Reagan and Bush (his bogeymen) as harboring End-Times mentalities. Clearly his fear is that these supposed religious zealots would be unafraid of instigating apocalyptic war. He asserts that “All occupants of the White House since Reagan — and many of their most trusted counselors and confidantes — have declared themselves to be ‘born again,’ a phrase that identifies them with a strain of religious fundamentalism that assumes the accuracy and inevitability of biblical prophecy, including the end-time prophecies of Revelation.” However, President Carter, a born-again Baptist, receives gentle treatment from Kirsch because of his well-advertised, post-presidential work with Habitat for Humanity. Attempts to extrapolate a literalist Revelation position from some of President Reagan’s out-of-context sentences falter; the diagnosis of a doomsday mentality derived from a few words delivered to select audiences only cheapens the discussion. Kirsch even states that Reagan “appears to have been” a convinced reader of a discredited apocalyptic book. This statement “appears” to be stretching the limits of solid journalism.

Endeavors to marginalize people on the Religious Right (the narrative’s bête noire) unfold as Kirsch blends spiritual thrill-seekers, stooges, and crackpots into the ranks of the reasonable devout. The Branch Davidians (of Janet Reno fame), the Heaven’s Gate cult, and the Left Behind book series are employed to demonstrate Revelation at work on unstable minds, but Kirsch makes too much of low-level televangelist theater and weirdo tales spewing from discredited apocalyptic charlatans. The book continues a slide into political correctness, a newer feature of post-modernism that blurs morality and reduces integrity to negotiable transactions. The faith-based bounties of Western Civilization, unquestionably rooted in our Judeo-Christian heritage, are afforded short shrift. Interestingly, Kirsch skirts around severe criticism of contemporary Catholicism, perhaps because it doesn’t expound literal readings of Revelation. However, the author credits Revelation with the rule of priestly celibacy.

A final, thoughtful section examines a post-World War II “Godless Apocalypse” that supposedly grew out of atomic warfare and manifested itself through post-war science-fiction disaster films, à la On the Beach. These flicks feature death for all and blame for no one; if redemption occurs, it is delivered by savior scientists. Kirsch correctly shows that apocalyptic movies such as The Omen are with us still, but his over-analysis of Hollywood’s melodramas misses the fact that many folks pooh-pooh them as puerile thrillers.

Loaded with fascinating tales brimming with truth, trivia, and conjecture, A History of the End of the World teaches some neglected lessons about the toilers of former ages shoveling through tough, short lives while enthusiastically embracing visions of a glorious afterlife for themselves, paired with the promise of perdition for their persecutors. Unfortunately, it disappoints with an over-zealous strike to stigmatize the millions associated with the Religious Right (powerful and lowly alike) as delusional, fanciful fanatics. The book sits squarely in the secular-progressive, partisan pew.

The American public has greeted the ascent of Barack Obama with quasi-religious zeal, as exemplified in his 2008 campaign slogan, "Faith, Hope, Obama."

Was Our Lord a Fundamentalist?

Jesus confidently cites the destruction of Sodom and Gomorrah and refers to Jonah’s three days and nights in the belly of the whale.