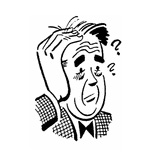 In our December 1998 issue, we published a guest column by a certain E. Coli entitled “The Common Cup & the Common Bug.” While the piece was a spoof, the point it was trying to make was that you can get sick from receiving Communion from the chalice (the common cup). We published numerous letters in subsequent issues arguing both against and in favor of Mr. Coli’s thesis.

In this regard, a reader recently sent us some remarks from a young priest, Fr. J.G. Lessard-Thibodeau, at Sacred Heart Church in Holyoke, Massachusetts. Writing in his parish bulletin (Sept. 24, 2000), the priest says: “In my first assignment, we distributed Holy Communion under both Species…. I was faithful every day in consuming the remaining Blessed Sacrament…after Holy Communion. As a result, I was constantly sick. In assignments following that, we did not have Communion under both Species and my health was fine. After arriving here [Sacred Heart], I went back to consuming [the remaining Blessed Sacrament]…. I have been sick constantly; sicker than I’ve ever been in my life…. In fact, as I type this, I am confined with [my] latest disease, undeniably picked up from the chalice…. Now, there are those who think there is something ‘magical’ about the Blessed Sacrament and…that God won’t let you catch anything from the chalice. Unfortunately, that is superstition…. The Holy Eucharist is the Body, Blood, Soul and Divinity of the risen Christ, whole and entire under either species. [When you receive under both species] you are actually receiving the exact same thing twice…. In the best interest of [the] health for both of your priests…as well as the health of the congregation, the practice of receiving Holy Communion under both Species will soon be discontinued.”

God won't let you catch anything from the chalice? Unfortunately that is untrue, explains a young priest.

The Common Cup & the Common Bug

By the seventh communicant, the chalice is circumplastered with lip prints and dotted with crumblets and sundry foreign minutiae.

I now receive Communion in my hand, after wanting to switch from receiving on the tongue for many years, for several reasons.