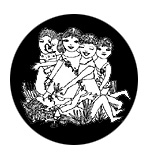 Are We All ‘Children of God’?

In a concert in Rome this past September, pop singer Madonna, whose performances the Vatican has condemned for their blasphemous and even satanic content, dedicated her hit song “Like a Virgin” to Pope Benedict XVI. “I dedicate this song to the pope,” the so-called Queen of Pop told the crowd of 60,000 adoring fans, “because I’m a child of God. All of you are also children of God.”

Madonna’s utterance, no doubt intended as provocation, is but one of a seemingly endless number of examples of the bandying about of this phrase in our culture. The notion that “we are all children of God” is not only a staple of liberal Christianity, it has been known to pop up in the homilies of otherwise orthodox clerics, in the musings of theologians, and in articles and books from both New Age and mainstream publishers. It rolls trippingly off the tongue in any number of venues.

The belief that we are all God’s children simply by virtue of being born sounds wonderful. It has the great virtue of letting us off the hook for our erroneous beliefs and actions — what loving Father would send His own children to Hell (if indeed there even is a Helb/ He has ceased to be a God of covenant who requires certain things of us, and is reduced to a sugar daddy who hands out His gifts free of charge, come one, come all.

The saying has been in circulation for so long that by now the average Catholic probably thinks it must be Church dogma. But simply saying it doesn’t make it so. An examination of sacred Scripture and Church teaching shows what truly constitutes sonship with God.

Some mainline Protestant denominations are in rapid decline because they have no message that is discernibly different from the secular culture.

You Can't Have It Both Ways

Let Rome be Rome, and let the ecumenical chips fall where they may.

Hopes for the full evangelization of Anglicans were dashed by a statement issued by, of all people, the Catholic bishops of England.