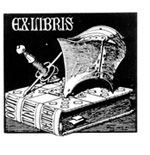 A Protestant Considers the Catholic Magisterium

NOSE AGAINST THE WINDOWPANE

By David Hartman | January-February 2017
In September 1989, the Rev. David Hartman was the Minister of the Olive Branch Christian Church (Disciples of Christ) in Norge, Virginia.

“The Church of Jesus Christ upon earth is essentially, intentionally, and constitutionally One.” This bold declaration was made not by a Catholic — in which case it would be unexceptional — but by Thomas Campbell, a minister of the Old-Light Anti-Burgher Seceder Presbyterian Church. In 1809 Campbell left his richly titled denomination behind to begin a movement that he thought would unify the broken and dismembered Body of Christ. His legacy is the Christian Church (Disciples of Christ), a Protestant denomination of which I am a minister. His legacy is also the Churches of Christ — not to mention the Christian Churches and the Church­es of Christ of North America, also known among those of us in the Campbellite tradition as the In­dependents. So much for Campbell’s contribution to the unity of the Church.

I confess: I envy those of you readers who are Catholics. You seem to have learned one of the great secrets in life, which is how to make a wheel for the long haul, and not feel compelled to rein­vent some 28,000 of them, which, according to the Oxford Encyclopedia of World Christianity, is how many identifiable Protestant denominations and sects have been established since Martin Luther wasted a good nail posting his 95 theses on the door of the Wittenberg Chapel. What you have go­ing for you, among many other things, is your Mag­isterium — your Church’s teaching authority — and I don’t think that all of you appreciate it as much as you should. So allow me, a Protestant with his nose pressed up against the Catholic windowpane, to tell you about the party you’ve got going on in­side. Maybe I’ll make you feel better about being a Catholic, in the same way that Hans Küng, God bless his heart, has tried to make me feel better about being a Protestant.

It was the personal conviction of the well-intentioned Thomas Campbell that the dismembered Body of Christ could be brought together if all hu­man-made and divisive creeds were discarded and the New Testament adopted as the sole authority of the Church. “No creed but Christ” became the rallying cry of the Campbellite movement. The problem, as John Leith notes in Creeds of the Churches, is that

Christianity has always been a “creedal” religion in that it has always been theo­logical…involving men in theological reflection and calling them to declara­tions of faith. A nontheological Christianity has simply never endured, although such has been attempted…. In the long run, organizational necessities demon­strate the need for creeds, and organizational integrity requires some kind of creedal subscription.

Why does the conservative Catholic media pooh-pooh reality?

Review of Darwin on Trial by Phillip E. Johnson