Volume > Issue > A Married Priesthood: Why Not? 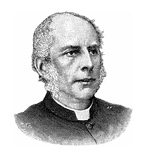 A Married Priesthood: Why Not?

By George Buddleighton | July-August 2010
George Buddleighton is a family doctor in Ireland. This column originally appeared in somewhat different form in the November 2005 issue of the Irish Brandsma Review, and is reprinted with permission.

One of the more enduring aspects of the secular media and dinner-party dogmaticians is an inability to understand that there is a coherent reason for Catholic teachings. To a large extent this ignorance cannot be regarded as culpable, as Church authorities seem reluctant to explain the rationale behind authoritative teachings. One such teaching concerns the celibate priesthood and how it relates to the current vocations crisis. The need for such an explanation has become ever more acute in light of Pope Benedict XVI’s generous new apostolic constitution, Anglicanorum Coetibus, which has provisions to allow already married Anglican clergymen to be ordained as Catholic priests.

The basis for the celibate priesthood is not doctrinal but concerns the difficulty of fulfilling the duties of three intermingled disciplines — that of the married state, that of the priestly vocation, and finally that of the individual priest. Let’s examine these three aspects separately.

The concession permitted to groups such as doctors and clergymen that exempted them from jury service in Ireland was for most of the past century extended to married women, as it was felt that the rearing of a family was too important a task to be compromised by jury duty. In latter years, a group of human-rights activists identified this exemption as demeaning to women, completely misreading the intention of the legislators in an earlier — and, dare I say, more gracious — age. The same tendency is seen when the celibate priesthood is derided as demeaning of the married state. In reality the celibacy requirement is a recognition that the duties of marriage should not be compromised by the competing demands of the priesthood.

The Church has always taught that marriage is a noble vocation and that a married man’s primary duty is to his wife and family, and that this discipline must not be in competition with others. It is significant that the Greek Orthodox Church recently expressed concern about the fact that its priests cannot find wives, as marriage to a priest is not regarded as a good prospect!

When do we become just another Protestant denomination?... Astonished by your lack of perception... What evangelization?...

Reviews of Memory and Identity: Conversations at the Dawn of a Millennium... Swimming With Scapulars: True Confessions of a Young Catholic... Fully Human, Fully Divine: An Interactive Christology... Drawn into the Mystery of Jesus Through the Gospel of John... Silent Music: The Life, Work, and Thought of St. John of the Cross

Aberrations and deviations, innovations of one sort or another, come and go, but they never thrive or last.