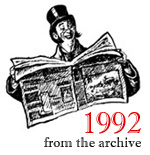 A Last Conversation with Anna Freud

Several times in these columns I have mentioned Anna Freud, who did so very much to connect psychoanalytic knowledge about children (learned from the memories of adults) to psychoanalytic work with children. So much of the understanding today’s child psychiatrists possess was enabled by the work she did for over half a century with boys and girls troubled by virtue of their experiences in particular families, or as a consequence of the Nazi air assaults on London during World War II, or, horror of horrors, as a result of living in concentration camps during that same war. To such children Miss Freud, as she was called by so many of us for so long, gave all she had: a brilliant, knowing mind; enormous, unflagging patience; and the consummate skill she had as a clinician — able, I often noted, to get to the heart of the matter with a child, with his or her parents, in what struck the rest of us as no time at all. Toward the end of her life (as happens with some of those men and women who have not only learned a discipline inside out, but come to realize how much they still don’t know, how much is yet to be discovered), she had about her a real wisdom — not the feigned or pretentious wisdom of yet an­other late-20th-century secular guru, but a qui­et, humble, wry, though still passionate, inter­est in the world that got translated, at times, into remarkable observations, which she made unself-consciously, with no eye to who might be ready to venerate and celebrate what had been spoken.

My last visit with her was in late 1980. She would be dead in less than two years, and was already in failing health. I had known her, by then, almost 15 years, and had much treasured our times together, our correspond­ence. The latter could be edifying beyond ex­pectation — long letters, sometimes, or brief ones with candid, occasionally brisk and sharp observations, not to mention constant reference to her work as a child psychoanalyst, all deliv­ered in the dearest of narrative prose. During our last meeting (and I knew then it would be fatuous to expect there would be any more) she was quite willing to review some of the past discussions we’d had — about the ways children come to personal terms with those “variables” called “race” and “class,” and about the lives of two individuals who meant a lot to me, and about whom I told her a lot: Simone Weil and Dorothy Day.

At one point, as I was talking about those two women, yet again, and more broadly about the way all of us (including children) formulate our religious or spiritual yearnings (or, for that matter, most emphatically for­mulate a lack of such yearnings), she had this to say: “It comes as no surprise to many parents that a child is for them an opportuni­ty: to discover themselves, their own child­hood, once again; to find the only ‘immortali­ty’ most of us can ever hope to see, in the children we see before us, as I heard a mother once say, ‘carrying on, where I’ll leave off’ — a very tactful way of talking. I am getting around to saying that we can find in children what we are looking for (within limits, yes); and the reason is, we have put there [in them] what we’re later so surprised (sometimes) to notice! I’m afraid this [formulation of sorts] applies to us, too [child psychiatrists and psy­choanalysts]. We have found in children what we suspected — an endlessly complex psy­chology. When you started your own work, you found what you suspected: sociology, race, the circumstances in which a family lives — all that has a life in a child’s mind. Before any of us [psychoanalysts] appeared on the world scene, others knew what they were looking for: a capacity to believe — and they certainly found that capacity in children and learned themselves to work with that capacity! Now, more and more, I hear about biology and the brain, and surely children will help out those [biologically oriented investigators] who are looking at them from that angle!”

She paused long enough to see on my face a mix of consternation and anxiety — as if I were hearing an indictment of all of us who spend time with children: We impose on them, so I feared she was implying, our own agendas — the child as a mirror of us ob­servers, if not an instrument of our ideological passions, maybe even our ambitions. But no, she had something quite else in mind — and she had a way, I’d noted for years, of quietly seeing through someone else’s confusions, and without mentioning them, or in any manner putting the person in question on the spot, clarifying her own remarks in such a way that the one she was with, suddenly, was with her, so to speak: “It is natural, all this [that she had described]. What is sad is — when we don’t quite realize what we’re all doing. May­be that is what my father did for us, after all — give us a way of being more aware of what we do, so we’re not so surprised when we finally understand not only what others are doing, but what we’re doing!”

We owe each other tact, discretion, the right of individuality — and a consideration of what kind of public values, what kind of larger so­cial and cultural scene, we want.