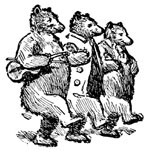 The NEW OXFORD REVIEW was launched in February 1977. In February 1996, the NOR will enter its 20th year of publication. This is a rather surprising realization for those of us who put out this small magazine.

Looking back, we now recognize it wasn’t very prudent to start the NOR. Ninety percent of magazine start-ups fail. But we didn’t know that at the time. And it’s a good thing we didn’t, because if we had, we might never have gone forward. On top of that, those who began the NOR had no formal training in journalism. How foolhardy we were!

Many magazines never get beyond their first issue. That’s because people who start journals of ideas, which is what the NOR is, often think that all that’s involved is getting some neat ideas onto paper and having a printing company make the result look like a “periodical.” You assume that the world will beat a path to your door to buy your “brilliant” little magazine. But it doesn’t work that way.

“Marketing” isn’t something so-called idea people like to think about — and so it comes as a rude awakening that somehow you’ve got to make people aware of what you’re doing and persuade them that your scrawny magazine is worth buying. Gradually you realize that there’s much more to sustaining a magazine than getting ideas into print, and that the chores involved can be daunting.

There is now a general assumption that because the pope gets so much attention, he must have global tasks commensurate with worldly publicity.

On the "Greenness" of Catholicism & Its further "Greening"

We can make peace with nature only by restoring harmony within ourselves. It is holiness that manifests our true nature in the plan of God.

St. Faustina as a Doctor of the Church

Her huge diary is more than a memoir; it is a major corpus on one of the fundamental doctrines of Catholicism -- redemption.