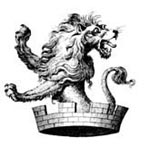 When we launched the “modern,” second-generation version of our website, www.newoxfordreview.org, in 2005, we did so with the intention of archiving online all issues of the NOR dating back to 1983 (the year the NOR “swam the Tiber,” converting from the Episcopal to the Catholic Church). We hoped to create an enduring monument made up of the unique material published in the NOR during its history as a Catholic magazine. By 2008 we’d worked our way back to the halcyon year of 1993, when, suddenly, our progress screeched to a halt. It so happens that 2008 was also the year we announced changes to our editorial staff, changes that were accompanied by the shifting of workloads and transferring around of various responsibilities, not to mention a certain amount of uncertainty about the future. Amid the shuffle, the archiving of old NORs — it’s an arduous process, believe it or not — was dropped entirely. Unlike other well-staffed and well-funded publications, there was no one here who could ably assume responsibility for this time-consuming task. And outsourcing it was out of the question, financially speaking.

Now, three years later, the NOR is operating at a reasonably reliable clip, with a slightly decreased production schedule (ten issues per annum instead of eleven), and with a small amount of fiscal breathing room thanks to last year’s successful fundraising campaign. With a more stable footing than in 2008, we have been eager to address some of the special projects we’d had to abandon in the ensuing years. Toward the top of the list was the resumption of expanding our online archives.

Now, at last, we are pleased to announce the completion of the online archiving of the year 1992. And what a year it was! Take a gander at some of the names that appeared in the NOR then: Hollywood screenwriter Ronald Austin; U.S. Judge for the Ninth Circuit Court John T. Noonan Jr.; eminent cultural critic Christopher Lasch; Berkeley Professor Robert N. Bellah, senior author of Habits of the Heart and The Good Society; pacifist and Franz Jäggerstätter biographer Gordon C. Zahn; the eminent theologian Avery Dulles, S.J.; renowned historian John Lukacs; in addition to many others. This impressive list (if we do say so) offers a strong indication of the intellectual vigor that characterized the NOR of that time.

The social scientist is not concerned with good and evil, honor and dishonor, just and unjust, although in his personal life he may be concerned with reputation and justice.

Letter to the Editor: July-August 2001

New Oxford Witch-Hunt... The Bible Names People Who Are in Hell... Deconstructing Neuhaus... Why Would Satan Bother?... "Loving God, Mother of All"...