Volume > Issue > A Continent of Contradictions 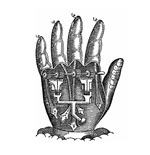 A Continent of Contradictions

VISIONS OF DEATH, TALES OF MERCY

By M.P. Summers | January-February 2012
M.P. Summers worked as a government contractor in Sudan and Romania from 2005 to 2007. He and his wife currently reside in northeast Alabama, where he works as an environmental compliance specialist for an engineering firm.

Ed. Note: The following is a true story.

It has been nearly five years since I bade farewell to El Fasher, the provincial capital of North Darfur, and walked up a ramp into the cargo bay of an Antonov-32 at the edge of the sun-baked airfield. I frequently find myself recalling that Sahelian wasteland where I discovered so much serene beauty and heart-rending devastation. There is, I have been told, an Eastern Orthodox tradition that glorifies the ascetic and contemplative serenity that is found in the wilderness in general and the desert in particular. When I reflect on the sand-swept austerity of Darfur and the spiritual wealth that abounded there, I begin to comprehend that wisdom.

During my tenure as a U.S. government contractor with the African Union peacekeeping mission in Darfur, I worked directly under an alcoholic Englishman who, for some unknown reason, doted on me as a son. This old profligate, extremely agreeable despite his many faults, was a seasoned African-hand who adapted easily to the unforgiving Sudanese clime and the cultural intricacies that confound most Westerners. Once, after drinking several liberally poured glasses of the locally distilled date liquor, he pulled me aside and began rambling about why he loved Africa. His slurred and accented voice boomed in the still desert night. Gradually it began to cut in and out, and I could barely comprehend one word in three. As his rant drew to its conclusion, however, his voice regained clarity. “Africa, my boy, is a continent of contradictions,” he intoned. “It is at once beautiful and hideous, full of the most innocent love and the most unadulterated hatred, captivating at one moment and horrifying the next. That is why I love her, because she is a thoroughly human continent — she is human because she has all of our characteristics. No, it is we who have her characteristics because she has borne all of us. We mimic her in every way. We hate and love, we are at once beautiful and repulsive, full of both laughter and sorrow. As humans our life is nothing more than a series of contradictions and that is what makes life so damned special….”

I don’t know whether this was an original thought or something recycled; all I know is that his words were, and continue to be, poignant.

Shortly after this interview, I witnessed an event that lent great weight to my illustrious chief’s characterization of his beloved continent. I accompanied a convoy of Rwandans going from a base camp in Kabkabiya, a moderately sized town on the western slope of the Marrah Mountains, to another base camp in Sortoni, a small village nestled among said mountains’ north-central foothills. The straight-line distance between the two locales couldn’t have been more than sixty miles, but given the steep paths, winding valleys, and wall-like ridges that jut out of the mountains, those sixty miles quickly multiply. Indeed, it was an all-day journey, chock full of tense moments after the guides got us completely lost in this unforgiving back country.

When Sectarian Violence Is Genocide

'Sanitized' news articles report Christian persecution as sectarian or ethnic violence, an inaccurate characterization of the reality of Christian minorities in the world today.

The View from Obama's "High Horse"

The Origins of the French "Jihad of Proximity"

Embracing Islam is a fast way to go from the plain-vanilla dullness of "white privilege" to the thrilling and coveted status of aggrieved and irascible victim.