Volume > Issue > Why the West Abandoned Standard Rules of Conduct 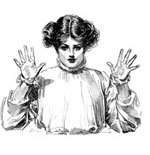 Why the West Abandoned Standard Rules of Conduct

THE DEATH OF PUBLIC & PRIVATE MORALITY

Since at least the turn of the millennium, the West has entered a singular time of trouble. More than a matter of threatened security or economic dislocation, there are recurrent and increasingly ubiquitous signs of moral decay. More than a simple matter of property crimes or acts of violence, there is a general indifference to the regular and unapologetic abridgement of what had been traditional norms of private and public conduct. One of the most obvious and inescapable evidences of this decline is the prevalence of the most offensive pornographic material to which we are daily exposed; no amount of objection seems to secure us against it. It is now deemed “protected speech” and a supposedly treasured part of our “diversity” — a diversity that somehow enhances our “strength.” The same inscrutable logic is employed to protect instances of vulgar and blasphemous speech. Where, in the not-too-distant past, ordinary decency would preclude the public display of lewd visual and verbal expressions, such instances now have become commonplace, not only to be seen and heard everywhere but celebrated as evidence of our personal freedom.

What we commonly refer to as Western civilization has been characterized, since its inception, by a fairly standard approach to public and private morality. Since the time of the Greek pre-Socratics, four or five hundred years before the birth of Christ, Western thinkers have sought to discover the rules that govern individual and collective conduct, as well as their sustaining rationale. In the course of their enterprise, the pre-Socratics made every effort to understand the world in which they found themselves. They perceived an order and regularity that strongly suggests qualities of consciousness. The world displays those qualities, and their very thought could fathom some of the patterns inherent in it. Their own consciousness could generate numbers, and those numbers could be mapped over the visible universe. They could use mathematics and thereby successfully anticipate futures. They could trace the trajectories of celestial bodies and predict their course. In some perfectly obvious sense, the human mind shared in the order of things, and things seemed to share the qualities of consciousness. Our intellectual forebears understood that “reality” was more than a complex substance of material things. In some sense, it partook of consciousness. They saw it all as part of a “spiritual” reality, which reason argued could only be part of a still more comprehensive consciousness.

Once granted, the conviction followed that observed reality requires a conscious, initiating cause to account for its being. The notion of a Creator as a “first cause” became a feature of the earliest Greek thought. Yet neither Plato nor Aristotle argued that the First Cause displayed any apparent interest in His creation. The world had somehow been put in motion as a consequence of the Creator’s will, but then it proceeded with His total indifference. For all that, there was, nonetheless, an important feature of the regularities that governed creation. The Greeks saw in those regularities implications for human behavior. They considered how things behaved as indicating how they should behave. From a description of how the world conducts itself, the first philosophers drew conclusions about the proper order of things. They contended that, through observation, one could discover a list of both prescribed and prohibited behaviors, as well as their justification.

Thus, while the philosophers of antiquity were not prepared to argue that the evidence of the universe affords us the grounds to argue that the Creator, as First Cause, provides us with the rules of proper conduct, they maintained that the very ordered regularity of things provides the grounds for the principled regularity of human conduct. There is order and rule in our universe, and this gives us every reason to seek out an order and rule for our behavior. The philosophers argued that men prosper when they follow ordered rules of regard, fellowship, and mutual aid. Like the order in nature, order among men has discernible consequences, and this provides the rationale for life-enhancing conduct. So, while the philosophers did not see the Creator of things as providing a specific list of behaviors that were prescribed or proscribed, they concluded that anyone possessed of right reason could fathom such rules by observing nature. All that was required was good will and systematic observation. Our forebears held that this process, available to all, would establish the general rules of proper conduct, as well as their justificatory rationale.

How strange to see this landscape in the glass,

The surface — twinges frozen to…