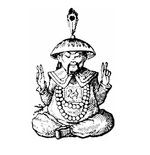 Why Orthodox Catholics Look to Zen

IN THE WAKE OF VATICAN II ATROCITIES

By Raymond T. Gawronski | July-August 1993
The Rev. Raymond T. Gawronski, S.J., an Ameri­can, is currently doing his Jesuit tertianship in Poland and the former Soviet Union. Beginning in the fall he will be a professor of theology at Marquette University.

Hans Urs von Balthasar maintained that there have been two main competitors to the Catholic Church’s claims to universality in the contemporary world: Communism and Asian meditative religion, notably Buddhism. He saw the former’s appeal as biblical in origin: Marx was more Hebrew prophet than German phil­osopher (for his concern was not with “Being,” or its being forgotten, but with social justice); he was a prophet gone astray, but one who could remind Christians of much they had tended to forget.

A relative of mine who had been at one time a high-ranking official in Communist Poland smiled wryly at me when I saw him in 1984: The Catholic Church as personified in the Pope, he held, had stolen the Commu­nists’ thunder. Indeed, in much of the world the Church has become the voice for human rights and a just economic order. Although this is no novel situation for the Church, the “prophetic” side has clearly come to the fore in ways older Catholics could not have imag­ined when their lives tended to revolve around novenas. Perhaps the struggle over a truly Catholic vision of social justice represents the birth pains of a very important reassimilation of biblical truths to which the tradition itself had become somewhat blind and which it was goaded to remember by an ostensibly anti-Christian movement. Certainly Communism was not the monolithic monster, the anti-Church, it had appeared to be earlier in this century.

As Communism dies, the second alterna­tive vision remains. We have been reminded of the prophetic in our religion, but the con­templative (the spiritual, the mysticabphas lan­guished for decades. The atrocities of the post-Vatican II iconoclasts may not have been stopped, let alone repaired, but there are powerful voices in the Church today that are trying to remind us that the Church did not begin in 1968. Moreover, there has been no dearth of interest in matters spiritual in the surrounding culture.

At the pop level, things like astrology, the New Age movement, and the occult surround us. The most important and respectable element here is the Buddhist tradition, particu­larly Zen. Once the stuff of Beat poets, ver­sions of Zen have found a place in Catholic spiritual writing and retreat work. Of course, it is unfortunate that a tradition as profound as Buddhism should be lumped together with such things as the occult, though one need only go to an American bookstore to find all manner of solid spiritual reading lumped to­gether with the bizarre. No less a figure than the late Jesuit Cardinal Henri de Lubac held Buddhism to be the highest mysticism created by man.

Letter to the Editor: November 1993

Reviews of The Rosary of Our Lady... The Mass Explained to Children... Growth of the Liberal Soul... The Last Things: Death, Judgment, Heaven, Hell... Pilgrim Law... Christianity and American Freemasonry... Sexual Wisdom: A Guide for Parents, Young Adults, Educators, and Physicians...