Volume > Issue > Who Are the Millennial Catholics? 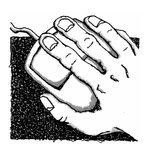 Who Are the Millennial Catholics?

IN SEARCH OF THE ELUSIVE 'NEW FAITHFUL'

By Jeffrey R. Jackson | June 2014
Jeffrey R. Jackson is a Rhode Island-based writer and free­lance journalist. In 2006 he completed the Robert D. Novak Journalism Fellowship, and is the author of an upcoming book on male-female relations and the quickly changing place of men in today's society.

In its unceasing effort to connect with the region’s young adults, the Roman Catholic Diocese of Providence, Rhode Island, debuted its newest method one evening in April 2013. At an event titled “Grill the Priests,” some 150 young adults in their 20s and 30s purchased tickets to “grill” (or intensely question) a panel of seven area Catholic clergymen at a popular downtown Providence venue, located down the hill from the domed, glowing white marble Rhode Island State Capitol building.

While feasting on a buffet dinner, several of the attendees stood before a microphone and, one by one, queried the clergy panel about the tenets of faith and the priesthood. The Friday-night gathering was widely touted as a sort of open season to pointedly direct spiritual concerns, curiosities, and objections to the priests, who ranged in age from their early 30s to their early 50s. As is usual for such an event, which was advertised primarily to, and attended mostly by, faithful young churchgoers, the tone of the questions was mostly deferential. And in the days following, event organizers declared the night a smashing success (The Providence Journal, Apr. 28, 2013). “Grill the Priests” was once again planned for May 2014. This in a state described by Russell Shaw, in his new book American Church: The Remarkable Rise, Meteoric Fall, and Uncertain Future of Catholicism in America (Ignatius Press), as “long the most heavily Catholic” in the nation, where in recent years “the percentage of Catholics declined from 62% to 48%” of the state’s population.

Meanwhile, earlier that week, the Rhode Island State Senate, by a two-to-one margin, approved a bill that legalized same-sex marriage. With this legislation re-approved by the House and signed by the governor soon after, the tiny New England state became the tenth in the nation to “expand the definition of marriage.” Needless to say, most Rhode Island legislators who backed the bill are self-proclaimed Catholics.

Despite this predictable legislative outcome, made law by mostly 50- and 60-somethings, a pressing question lingers: Where does this leave the Catholic Church, not only in Rhode Island, but nationwide, with respect to young adults? Since many Baby Boomers gave rise to so-called cafeteria Catholicism, are their offspring — indeed, the Church’s very future — automatically less disposed to their ancient spiritual patrimony?

What We Have Here Is a Failure to Communicate (Catholic Teaching)

Barack Obama has been billed as the most extreme pro-abortion president ever. Yet 54 percent of Catholics voted for him. How could that be?