Volume > Issue > Toward a Personhood Amendment 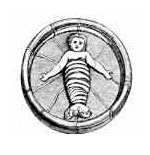 ...AND AWAY FROM UNACCEPTABLE EXCEPTIONS

By Judie Brown | February 2009
Judie Brown is president and cofounder of American Life League, the nation's largest grassroots prolife educational organization, and is currently serving her third five-year term as a member of the Pontifical Academy for Life in Rome. She is the author of seven books, most recently Saving Those Damned Catholics: A Defense of Catholic Teaching, and writes a syndicated daily commentary, "Straight Talk on Life," posted on the ALL website (www.all.org). She has appeared on 20/20, 60 Minutes, Mother Angelica Live, The O'Reilly Factor, Good Morning America, Today, Oprah, and Larry King Live. She is married to Paul A. Brown, with whom she has three children and ten grandchildren.

For many years, American Life League has led the call for personhood as the single most important goal for those who truly want to abolish the tragic act of abortion in America. That goal, which is best achieved by amending the U.S. Constitution, helps us concentrate on the humanity of the preborn child. One day it will result in an end to all violent acts not only against the innocent preborn but against the elderly, the infirm, and the dying.

Now, in view of the recent election results, our call for total protection for all preborn human beings might be the only viable option remaining for prolifers to pursue. The history of our movement exposes the reasons why.

Some in the prolife movement grew weary early on, when it became clear that achieving an end to abortion was not going to occur without a great deal of suffering, activism, and, most importantly, spiritual reflection. Among those who recognized this fact were prolife leaders who grasped at the brass ring of partisan politics, believing with all sincerity that a quick and easy way to end abortion was by electing men and women who agreed that the act was barbaric and had to be stopped.

But something happened along the way, and the result has been tragic.