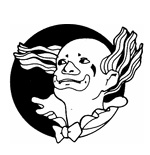 The Myth of Pastoral Sensitivity

GOING ALONG TO GET ALONG

By W. Patrick Cunningham | May 2009
W. Patrick Cunningham is a deacon of the Archdiocese of San Antonio, and one of the Archbishop's team of Masters of Ceremonies. He has a master's degree in theology from St. Mary's University. For the past nine years he has been principal at Central Catholic High School in San Antonio, and has taught moral theology and Scripture to sophomores. He and his wife Carolyn have three daughters and eight grandchildren.

In one of the parishes in which I have ministered, every year over a period of years, the director of religious education (DRE) asked me to teach one or two Rites of Christian Initiation for Adults (RCIA) classes. There seemed to be no pattern to the topics I was requested to research and present, so I was not surprised when she asked me to teach the “sacrament of marriage” to her two sections, on consecutive nights. This was long before the explosion of “theology of the body” seminars, so I confined my resource-mining to the Code of Canon Law, the Catechism of the Catholic Church, sociological research on how to keep a marriage together, and my various sacramentology resources. I gave the same presentation to both sections.

Great was my shock when a week later I received a copy of a letter directed, not to me, but to my pastor. In it the DRE complained in no uncertain terms that my presentation, which she had attended both nights, was inappropriate. My comments on premarital intercourse, cohabitation, contraception, and other aspects of marriage and sexuality — all of which were culled straight from the Catechism — had offended some of the RCIA students, and two were dropping out as a result. I replied by letter to my pastor, with a copy to the DRE, that I taught what the Church teaches, that I had been given no specific information from the DRE about the composition of the class or any restrictions on the scope and sequence of the topic — in fact, I was given no directions whatsoever. All she had said was, “Teach about the sacrament of marriage.” Needless to say, I never received an invitation to teach anything in that parish again. I had acquired the dread moniker, “pastorally insensitive.”

About a dozen years ago, I was counseling a young, unmarried Catholic couple who had been intimate and were expecting a child. They had spoken to their very experienced Catholic pastor about it, but were shaken by the encounter. When I asked them why, they told me that he had said, “Whether you get an abortion or not, don’t leave the Church.” The couple rightly understood that the pastor had his priorities upside down, and that the pursuit of the good meant both staying in the Church and bringing new life into the world. The pastor had a citywide reputation for being “pastorally sensitive.”

Throughout Catholic academia, especially in the U.S. and Canada, schools are establishing Gay, Lesbian, Bisexual & Transgender (GLBT) Resource Centers. At Georgetown, Jack Harrison, co-chairman of “GU Pride,” a homosexual support group, spoke of plans to make the Jesuit campus more “trans-friendly” by “working to provide bathrooms and better housing options for trans­gender individuals.” This, one would suppose, is the latest front in the war to demand “pastoral sensitivity” not only from clergy and religious, but also from the general population.

Letter to the Editor: September 1999

Catholic Ad Policy?... Defensive War vs. Total War... "John Paul the Great"? Not Quite... Reverence to a Fault... Spiritual Body...

Better Is One Day in Your Courts

A renewal of the Lord’s Day would have us finding so many things worth doing for their own sake that we couldn’t be bothered to do ordinary, non-spiritual work.