Volume > Issue > The Liturgy as Catechism 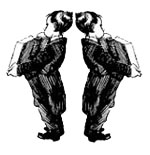 The Liturgy as Catechism

By Jude A. Huntz | May 2000
Jude A. Huntz is a teacher at The Highlands School in Irving, Texas, and does freelance work for the Priestly Fraternity of St. Peter.

We know that in former times, when people were largely illiterate and books were only for scholars, ordinary Catholics learned or imbibed their faith from their visits to church. The medieval cathedral was, as someone has said, a sermon in stone, and churches built on that plan for the next several centuries were intended to convey the Faith. The nave-and-transept floor plan was the shape of Christ’s cross; the stained-glass windows and sculpted or carved friezes and statues were pictorial renderings of Bible stories; side chapels commemorated saints and miracles; and the walls held narrative paintings or icons.

The Mass, with priest and people facing God together, was celebrated not in the vernacular but in Latin. The ritual was intimately familiar even to the ordinary unlearned Catholic and was packed with significance of an intentionally didactic kind. St. Thomas Aquinas noted, for instance, that the priest turns five times toward the people to denote the Lord’s five manifestations of Himself on the day of Resurrection and greets the people seven times to denote the sevenfold grace of the Holy Spirit, and the Angelic Doctor explicated how the various parts of the Mass taught Christ’s Passion, His Mystical Body, and other matters of sacred knowledge (Summa Theologiae III, 83, 5-6). A further catechetical element of the Mass, of course, was the homily or sermon. Aquinas put his catechetical instructions for the laity into sermons given to the faithful during the liturgical year.

So with the priest teaching directly, the building teaching architecturally, and the ritual teaching symbolically, a Sunday Mass was, all in all, a pretty good catechism. It was where the ordinary Catholic learned the Faith. And where does a Catholic learn the Faith nowadays? Here in the Information Age we have public education and universal literacy, newspapers and libraries, radio and television, internet and web. But most Catholics do not do much reading, browsing, or downloading in their religion. Many do not receive true catechetical training, do not read the Catholic press, and do not buy Catholic books. It may sound strange to say it, but it is a fact: Our major training in the Faith still comes principally from what we see and hear at church on Sunday. The liturgy is still the primary catechetical tool.

As H. Reed Armstrong has put it, “The liturgy of worship is a chief instrument in the perpetuation of true doctrine” (Crisis, Oct. 1998). No less an authority than Pope John Paul II has declared that catechesis and liturgy are properly and inextricably intertwined: “Catechesis is intrinsically linked with the whole of liturgical and sacramental activity, for it is in the sacraments, especially in the Eucharist, that Christ Jesus works in fullness for the transformation of men” (Catechesae Tridendae, #23). Archbishop Daniel Beuchlein, OSB, Chairman of the U.S. Bishops’ Ad Hoc Committee to Oversee the Use of the Catechism, makes much the same point and adds this warning:

For Fear of the Jews

Nobody would ever mistake the timid troupe that makes up the majority of Catholic bishops for radical imams who issue fatwas.