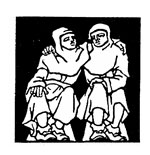 By Thaddeus Kozinski | June 2007
Thaddeus J. Kozinski, Ph.D., has a doctorate in philosophy from the Catholic University of America, and writes for various Catholic magazines and scholarly journals. This article appeared in much shorter form on www.tcrnews2.com.

Ed Note: In our March 2007 issue, we printed a letter from Thaddeus Kozinski, who wrote in to critique Chris Conlee’s January 2007 NOR article, “The Fever of Vatican II.” In his letter, Kozinski mentioned something he calls “gnostic traditionalism.” In our Editor’s reply (March) to Kozinski’s letter, we said, “What is ‘gnostic traditionalism’? You never define it.” Kozinski responded to our challenge by sending us this article, which he says defines “gnostic traditionalism.” We know that this article will upset some of our readers. Be it known that the NOR does not endorse his views; we are publishing his article in full because we challenged him on it. An Editor’s Reply follows.

I am firmly convinced, and have been for some time, that the Tridentine Mass is vastly superior to the Novus Ordo Missae. Indeed, the Novus Ordo Missae represents a radical breach in liturgical tradition. As a friend of mine put it, “The Church’s single greatest treasure has been pillaged, scattered, squandered, and something manifestly inferior and discontinuous has been set up in its place.” Agreed. Benedict XVI himself, when he was Cardinal Ratzinger, suggested that Novus Ordo reformers must look to the Tridentine Mass as their model. Nevertheless, in this article I would like to discuss a problem I have noticed, not with the Tridentine Mass, or a more traditionally orientated Catholicism per se, nor with those who exclusively attend the Tridentine Mass. It is, rather, a problem regarding those who adopt the distinct identity of “traditional Catholic” — in an ecclesial situation in which the mainstream Mass of the Church is not the Tridentine Mass, and in which the identity of the ordinary Catholic is not distinctly “traditionalist.”

As we know, traditional Catholicism has been unjustly and mysteriously marginalized, seemingly by the Church herself, and this cannot be supported by any means — in fact, it must be resisted! Yet, those who resist this marginalization and thus reside at the margins of the contemporary ecclesial structure need to be as vigilant as possible about the dangerous spiritual temptations that are the byproduct, so to speak, of such marginalization and resistance. I myself have not heard enough discussion about these temptations among traditionally minded Catholics, and so I would like to discuss them here.

I have recently moved to the Santa Cruz, Calif., area, where there is no officially approved, weekly Tridentine Mass within a reasonable and convenient distance, and with three small children, convenience is not an inconsiderable factor. At first, I was quite upset at this situation, but over time, I have realized that regularly attending a well-celebrated Novus Ordo — as well as the Byzantine Mass and an Indult Tridentine Mass on occasion — has been a good thing for me and my family, spiritually speaking. Indeed, I believe it has produced more abundant fruit in my spiritual life than if I were still attending, by choice, a weekly Indult Tridentine Mass. What I have just said, of course, is outright heresy for the traditionalist. Well, this suggests the problem I will be describing. In the traditionalist milieu in which I lived before I moved, I had developed what I now see as an ideological and neurotic consciousness of being a “traditionalist,” as distinct from just being what I now see that I am and always have been since my reversion, just an ordinary Catholic who loves the Tridentine Mass and the Tradition of the Catholic Church. Through circumstances outside of my control, I was enabled to see a large deformation in my spiritual consciousness and to begin the process of healing. I call this deformation gnostic traditionalism.

'Let Us All Practice Charity'

Fr. Thomas Reese, S.J., of Georgetown University says, "Where there are groups that want [the Tridentine Mass], it's going to be a real pain in the neck."

Michael Davies’s own book reveals there is no contradiction.

A Dialogue of Forms